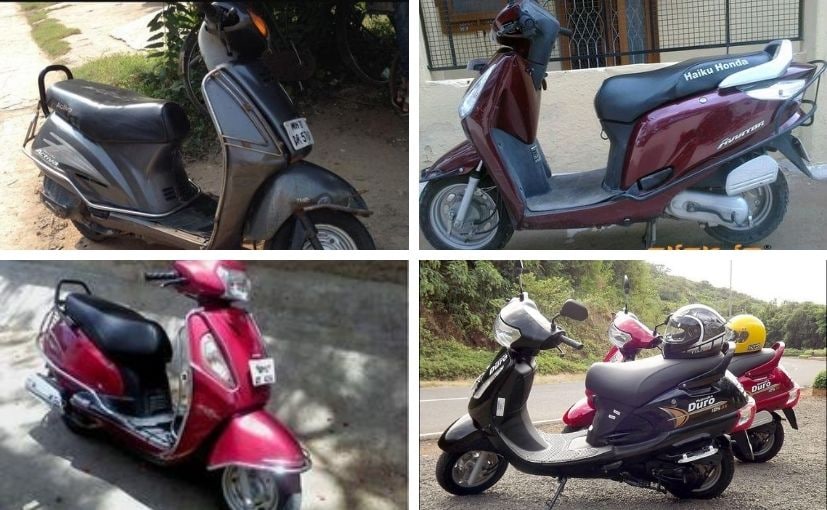 Scooters are the most preferred mode of transport in India, and one of the most flourishing in the two-wheeler segment as well. Since the beginning of the pandemic, the sale of two-wheelers, particularly scooters have taken a hit, however, the sale in the pre-owned market has seen a rise. However, those looking for an affordable mode of transport that is not heavy on the pocket, we present a list of pre-owned or used scooters under 125cc that you can buy in a budget.

Honda Activa is a super-hit Indian scooter that has been the highest selling Indian two-wheeler for the longest time in the Indian two-wheeler market. It entered its sixth generation in 2021 while the one listed here is the first generation of the scooter bought in 2008, right before the second-generation model was introduced in the following year, as the Honda Activa 2G. The 102 cc, single-cylinder engine on the Activa is good for 7 bhp and 8 Nm of torque, mated to an automatic gearbox, a first-in-the-segment at the time of its launch.

The reason we recommend the 2008 model of the Activa is because of its good looks, sturdy ride, and super build quality. Being a Honda, it is also extremely value-for-money with spare parts readily available.

The Honda Dio is a commuter scooter first introduced in the Indian market in 2001 and manufactured at HSMI’s plant in Narsapura, Karnataka. The Honda Dio quickly became one of the best-selling scooters in India and achieved a milestone of over 30 lakh sales in its entire lifespan. It had a petrol 4-stroke air-cooled SI engine with a displacement of 109.51 cc, producing 7.92 bhp @7,000 rpm and 8.91 Nm @5,500 rpm, coupled to an automatic V-Matic gearbox. 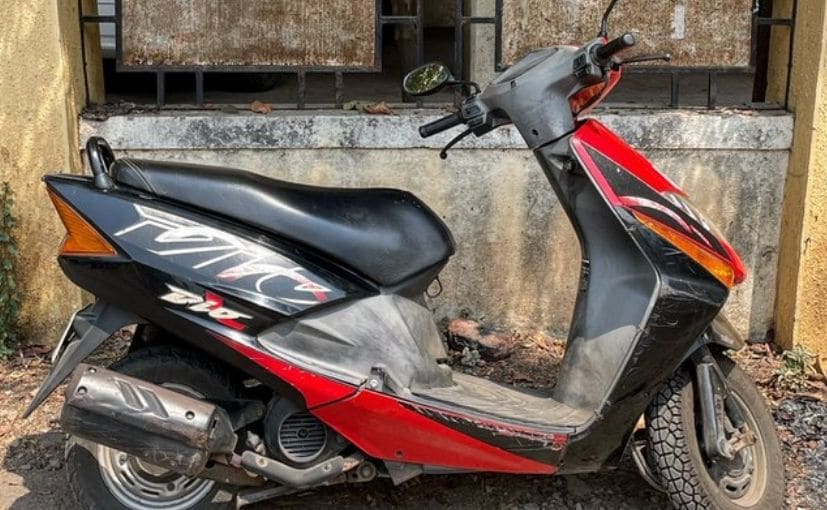 The reason to endorse the 2009 Honda Dio is its durable underbone chassis that would suit riders of any gender. The other reason is its 105 kg of kerb weight which translates to easy manoeuvring while the telescopic brakes at the front and 3-step adjustable, spring-loaded hydraulics at the rear offer durability.

In the market since 2009, the Honda Aviator is a 110cc scooter spawned from the Honda Dio and the Honda Activa, powered by a 109 cc, air-cooled, single-cylinder, four-stroke engine, developing 8 bhp @7,000 rpm and 8.77 Nm @5,500 rpm of peak torque. It was also mated to an automatic gearbox. The 2009 Honda Aviator 110cc has a company-claimed efficiency of 60 kmpl. We would recommend the purchase of this model for a couple of reasons, the first being a return of almost 50 kmpl, making it a value-for-money purchase. 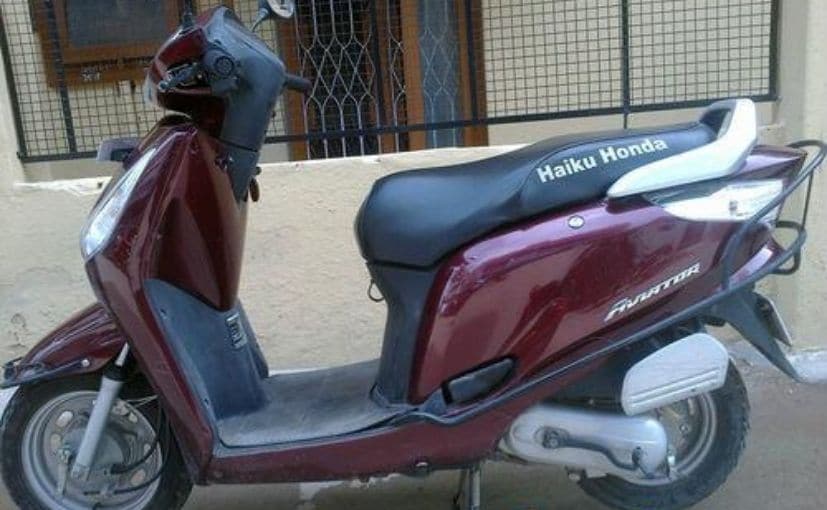 Built on high-rigidity under-bone chassis offers comfort, as well as the feeling of a sporty scooter. Electric start, a 6-litre fuel tank, and kerb weight of 102 kg made the 2009 Honda Aviator a convincing purchase. However, you will have to settle with the analogue speedometer.

Launched during the Hero-Honda era, the 2007 Pleasure 100cc was a gearless two-wheeler scooter marketed as a light zippy scooter and was known for its light controls and easy to ride capability. The 102cc engine produced 6.7 bhp and 7.85 Nm of torque, mated to a fully automatic transmission on a high rigidity underbone type chassis. It received drum brakes at the front and the rear, steel wheels, and a 5-litre fuel tank. The scooter featured a tube with puncture endurance, and a maintenance-free battery, while the storage area under the seat boasted an inner rack, and a luggage hook, that made it quite practical at the time. Additionally, it returned an efficiency figure of 63 kmpl.

The 2011 model of the Mahindra Duro DZ is from the previous generation before the scooter received its last major upgrade at the 2012 Auto Expo. It was powered by a 124.6 cc, single-cylinder engine that produced 8 bhp @7,000 rpm and 9 Nm @5,500 rpm. The automatic gearbox was possibly an extremely slick unit and could achieve a top speed of 80 kmph with ease. 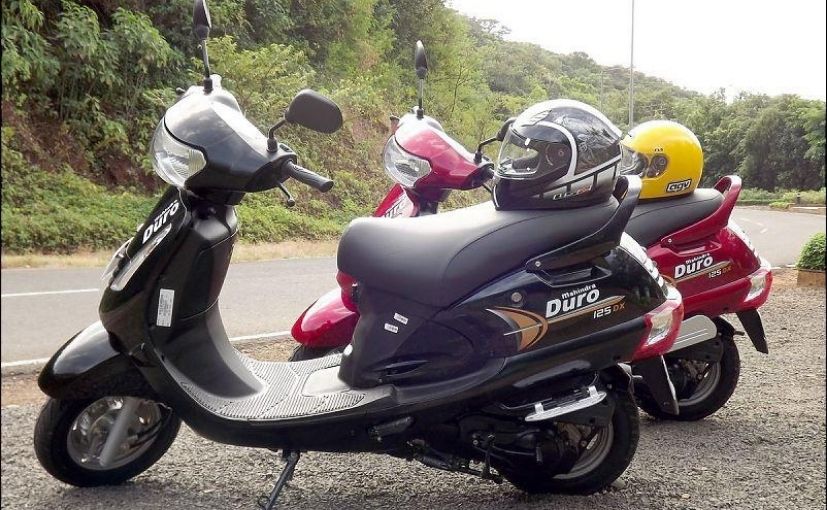 At 114 kg, the Mahindra Duro DZ had a seat height of 790 mm, higher than most regular scooters, which weighed in its favour. It rode on smaller 10-inch tyres, with a claimed fuel efficiency of around 50 kmpl. It had an under-seat storage space of 20-litres.

The Mahindra Flyte was one of the most stylish 125 cc scooters to come out of the Mahindra’s two-wheeler stable with an impressive body design. The scooter came with a long and comfortable seat that was well-padded to provide comfort to the rider as well as the pillion. Power came from a 124.6cc, four-stroke engine churning 8.04 bhp @7,000 rpm and 9 Nm of peak torque kicking in @5,500rpm. 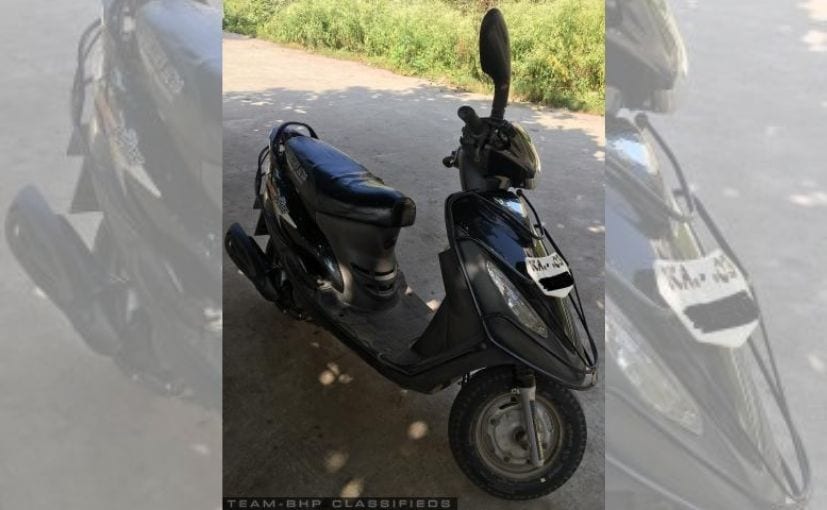 The 2010 Suzuki Access was a budget 125cc scooter, positioned between the Suzuki Swish 125 and the Suzuki Let’s in the Japanese manufacturer’s line-up. The Suzuki Access 125 was positioned as an all-rounder with traditional styling. The design was quite basic but it aged well over the years. The squarish headlamp integrated on the handlebar, pseudo air vents on the front apron, chrome heat shield, and a 3D logo on the body made up for the major elements of the scooter. 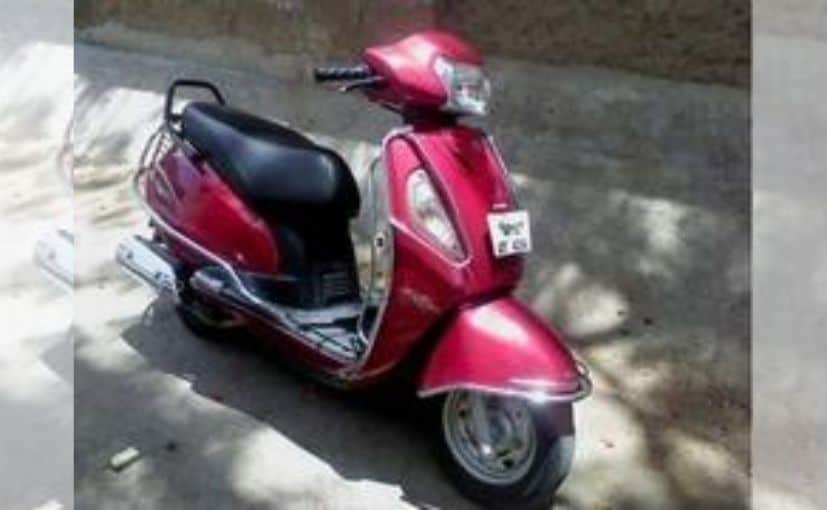 It was powered by a 125cc single-cylinder engine with 8.5 bhp and 9.8 Nm of torque, mated to a CVT gearbox. It received telescopic suspension at the front and a swingarm-linked monoshock at the rear, with drum brakes on both wheels.

Targeted specifically at women buyers, TVS Motor Company sold about 25,000 units per month of the TVS Scooty Pep+ 90cc back in 2009 and was pegged as the largest selling brand among scooters. Moreover, TVS offered more than 99 colours on the TVS Scooty Pep+ at the time of its launch in 2005. The scooter offered a good ride quality, especially in the city, and was nimble to use. 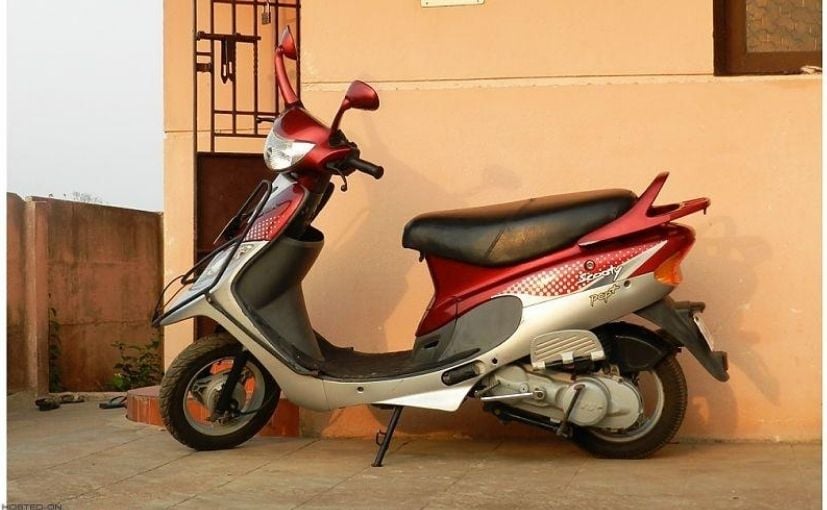 Discontinued in 2020, the TVS Wego 110cc from 2011 had a tall and lean stance with a gender-neutral styling. It specifically catered to the younger audience but was well received by the older crowd as well. It came with a digital speedometer, and a pilot lamp integrated into the turn indicators. 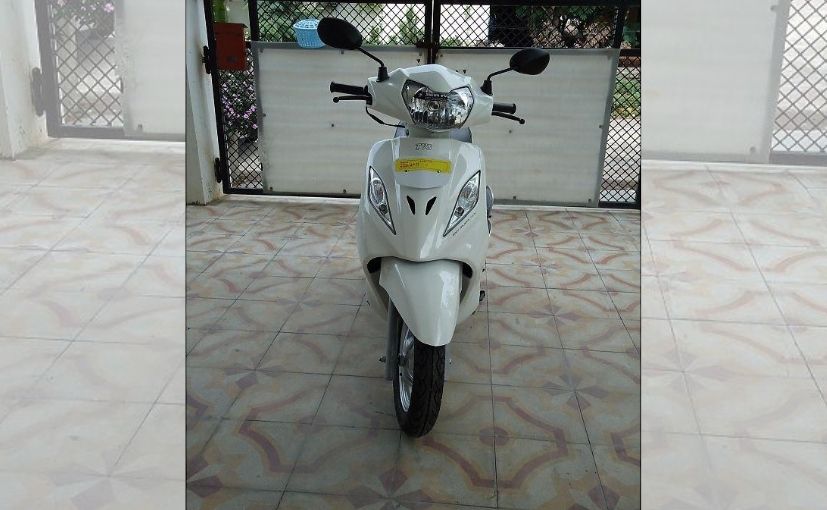 It was powered by a 109cc single-cylinder engine with 8 bhp @7,500 rpm and 8Nm of torque @5,500rpm. This engine was also designed with low NVH levels, and while it wasn’t the most powerful in the segment at the time, it did offer a highly refined motor.

Last on our is the 2018 version of the TVS Heavy Duty Super XL 70cc. This moped is similar to the TVS XL Super but gets an additional 9kg with a removable rear seat and can be converted to carry luggage. It was powered by a 69.9cc, two-stroke, single-cylinder petrol engine that produced 3.5 bhp @5,000 rpm and 5 Nm @3,750 rpm. 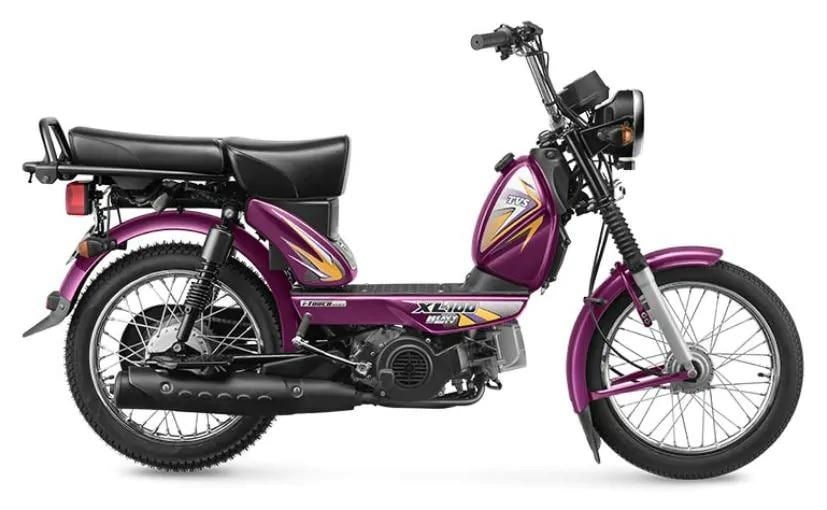 It had a fuel tank of 3-litre with 1-litre reserve and returned 50-65 kmpl. It came in Black, Blue, and Green colours.