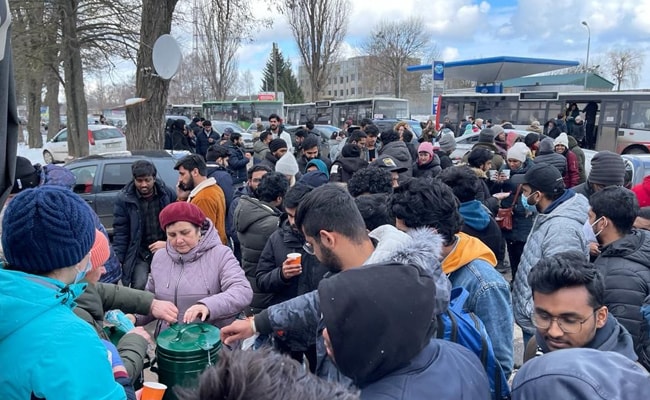 After the attempt to shift Sumy students failed Monday, the crisis was escalated to the highest levels.

After days of nerve-wracking negotiations, more than 650 Indian students stranded in the Ukrainian city of Sumy were moved out on Tuesday.

Prime Minister Narendra Modi’s phone calls to Russian President Vladimir Putin and Ukraine President Volodymyr Zelensky had a big role in clearing the way for the students after an aborted attempt.

Amid heavy shelling and gunfire in Sumy, the students had sent out SOS videos but Indian officials were unable to organise safe passage for them. The students said they had run out of food and water and even threatened to start leaving the city on their own.

“It was a complicated and dangerous situation,” news agency ANI quoted an official as saying.

After the first attempt to shift them failed on Monday, the crisis was escalated to the highest levels, the official told ANI.

“In both calls, the leaders gave their green signal and told the Prime Minister that they did not have a problem with safe passage,” reported The Indian Express, quoting an official.

After the calls, officials in Moscow and Kiev got instructions to create a humanitarian corridor, the newspaper said.

On Tuesday, the students were picked up by buses from a point in Sumy and were taken to Poltava in central Ukraine.

External Affairs Minister S Jaishankar was also in constant touch with his counterparts in Russia, Ukraine and its neighbours.

India also engaged with the Red Cross, both in Geneva and Ukraine, for help with evacuating the students, ANI said.

It quoted an official as saying that hiring buses in the war-torn region was a huge challenge as Ukrainian drivers were not willing to drive towards the Russian side.

When Russia finally opened a “humanitarian passage” in cities for international students, the students stuck in Sumy were evacuated. They were asked to maintain radio silence until they crossed the danger zone, according to ANI.