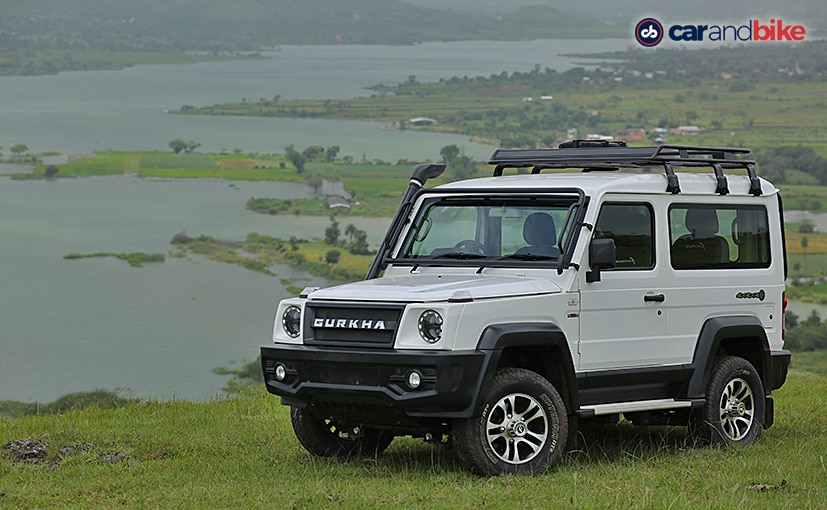 It was at the 2020 Auto Expo that we first saw a glimpse of what the new-generation Force Gurkha would look like. It looked better, was supposed to be better equipped and retain its mythical, other-worldly off-road capabilities. Our test location for the Force Gurkha drive was nestled away in the Sahayadri range, close to Pune. The setting was beautiful and complemented the bold, imposing personality of the Gurkha. We found a nice table top hillock, with a rather steep climb and absolutely stunning views of the valley, the lake and the village below! And soaking in the scenic beauty, we tested the new Gurkha too!

(Yes, the Gurkha still resembles the Mercedes-Benz G-Wagon! And does a rather good job of imitation)

Let us quickly take you through the design of the new Gurkha and the features it offers. The Gurkha continues to get a boxy, upright stance like before. The overall look doesn’t stray far away from what we saw at last year’s Auto Expo. The new Gurkha gets a clamshell bonnet, circular LED headlights with integrated daytime running lights, a new single-slat grille up front with the bold ‘Gurkha’ lettering and the bumper is new too. 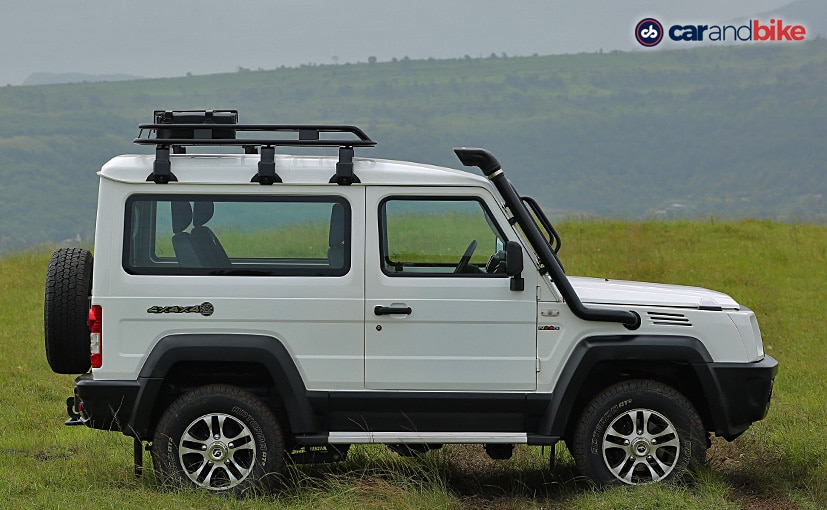 (Lots of plastic cladding on the sides. Our test car also had a bunch of accessories, which looked good. You can see the roof rack, snorkel and there’s a small ladder at the rear too)

You also get to see a lot of plastic cladding on the sides, squared wheel arches, chunky tyres and the spare wheel mounted on the tail-gate. The overall silhouette is very geometric and the Gurkha comes across as a focussed, purposeful off-road and lifestyle-oriented vehicle. Needless to say, the exterior fit and finish do see marked improvement. And yes, there’s no denying the fact that the Gurkha resembles the iconic Mercedes-Benz G-Wagon, in fact you could call it a poor man’s G-Wagon, and we say that with a deep sense of respect. 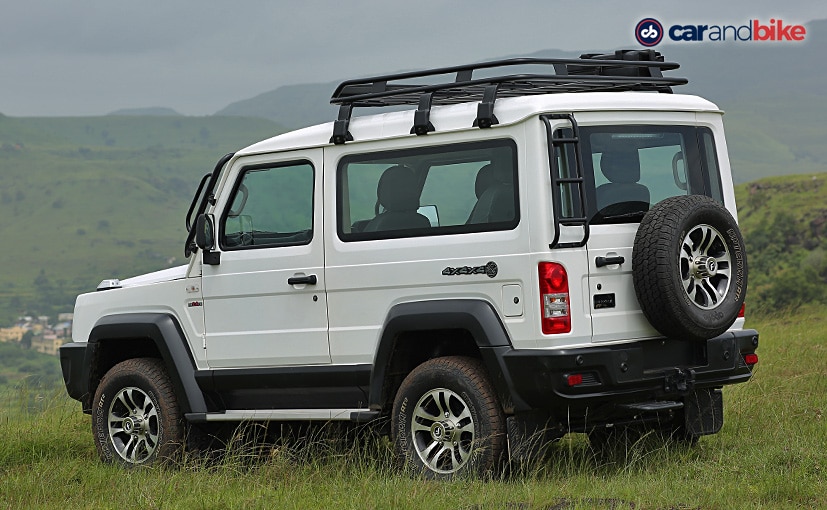 (The Gurkha gets a boxy, upright stance and we love it! Adding a whole lot of character to the design is the spare wheel mounted on the tail-gate)

The snorkel on the Gurkha comes as standard and the water wading depth is about 700 mm. The ground clearance of about 205 mm. the new model is now 22 mm wider and 20 mm taller than the old model. The length of the SUV increases by 124 mm though that is more to do with increasing the overhang up front to meet new safety norms. The new Gurkha also gets a new ladder frame chassis with increased torsional rigidity and a new body shell, both of which Force Motors say, meets the latest safety regulations. 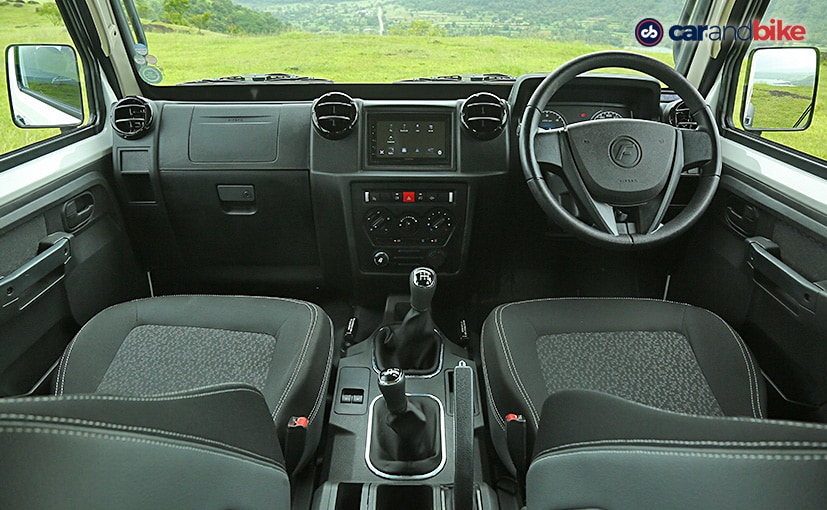 On the inside, the new Gurkha gets an all-black cabin along with bigger air-con vents with glossy black bezels, a manual air conditioner, a three-spoke steering wheel, power windows, ABS, dual front airbags and forward-facing rear seats. Although, the look and feel of the cabin is still Spartan and the plastics quality along with the materials used could have been better! 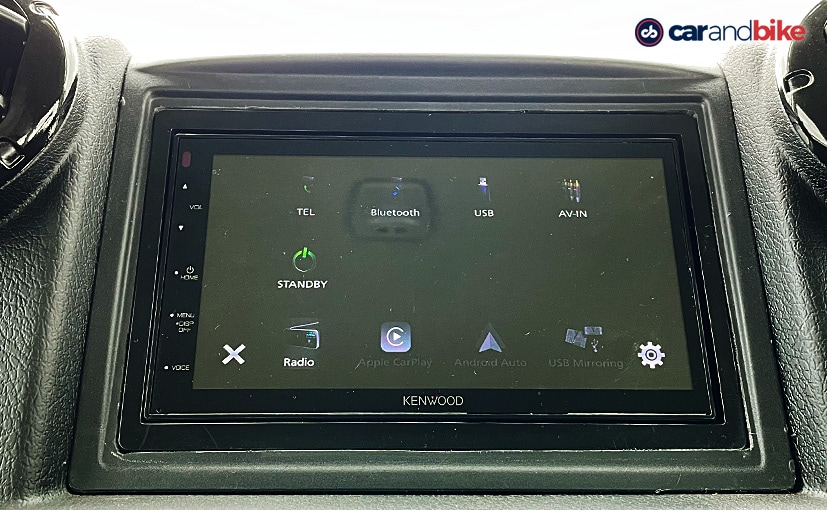 (There’s a 7-inch touchscreen system sourced from Kenwood. It gets Apple CarPlay and Android Auto)

The cabin of the Gurkha is seemingly a much better place to be in than the previous generation model. Of course the plastics aren’t par for the course when you compare these to modern cars. But in terms of creature comfort, you do get a Kenwood-sourced 7-inch touchscreen infotainment system that gets Apple CarPlay and Android Auto. Apart from that, there is a small display right beside the right A-pillar, which is the tyre pressure monitoring system. It again feels like an after-thought because you would actually want it to be on the instrument console. 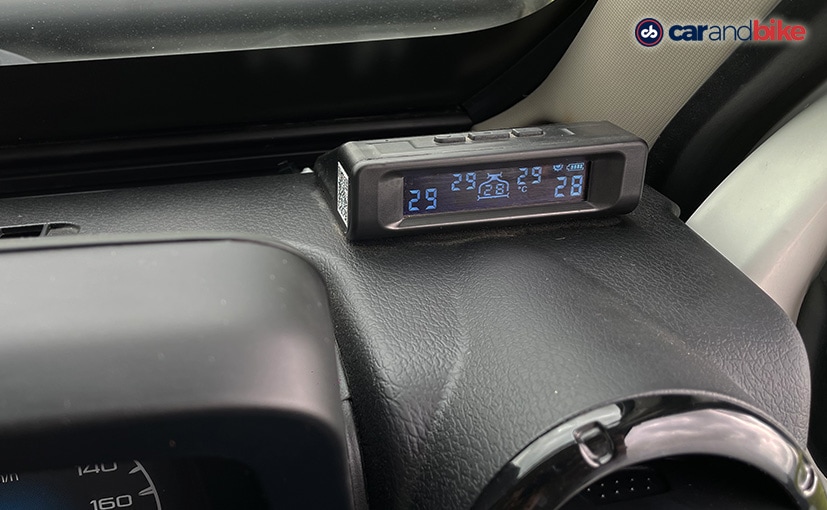 (The tyre pressure monitoring system is an externally fitted unit. It does look a little out of place and seems to be an after-thought)

Talking about ergonomics, they are slightly iffy! The gear-shifter is placed a little further forward, so you have to reach out for it! Had it been placed slightly rearward, the reach would have felt more natural! Just behind the gear-shifter is the 4×4 gear knob. The differential locks are on the either side of the tunnel in the middle. 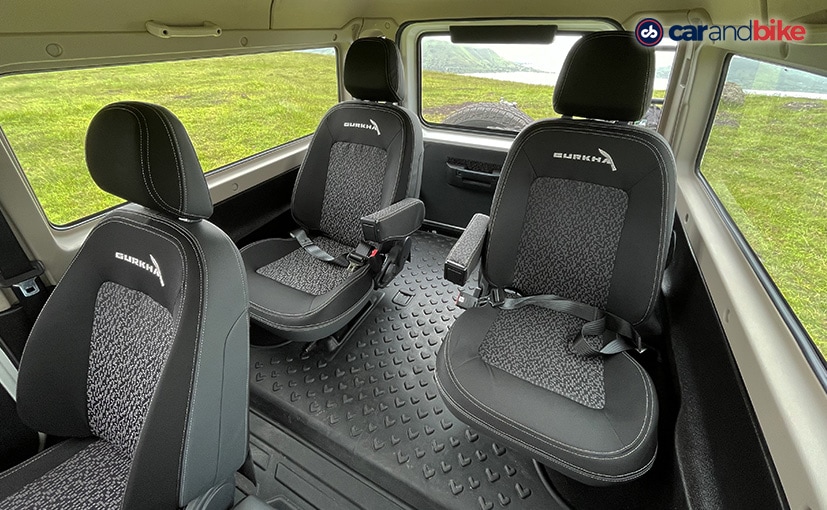 (The seats are comfortable and the cabin is quite airy, thanks to the big glass surfaces. Rear occupants get individual seats along with armrests and there’s decent bootspace too)

The seats are bigger, offer better support, the rear captain seats are easier to get into and are much more comfortable than before. Rear passengers also get an armrest. The cabin is quite airy, with big glass surfaces, offering a good view of what’s happening outside. 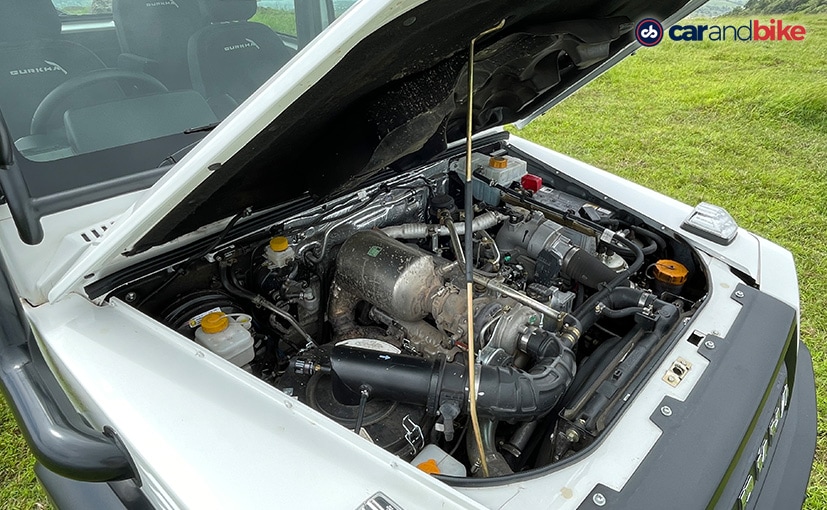 (The Gurkha gets the same 2.6-litre diesel engine as before)

Under that bonnet, the Gurkha gets the same Mercedes-sourced 2.6-litre diesel engine which makes about 90 bhp and 250 Nm of peak torque. There is a 5-speed manual gearbox as well, but no automatic, not even as an option. And no petrol motor either! 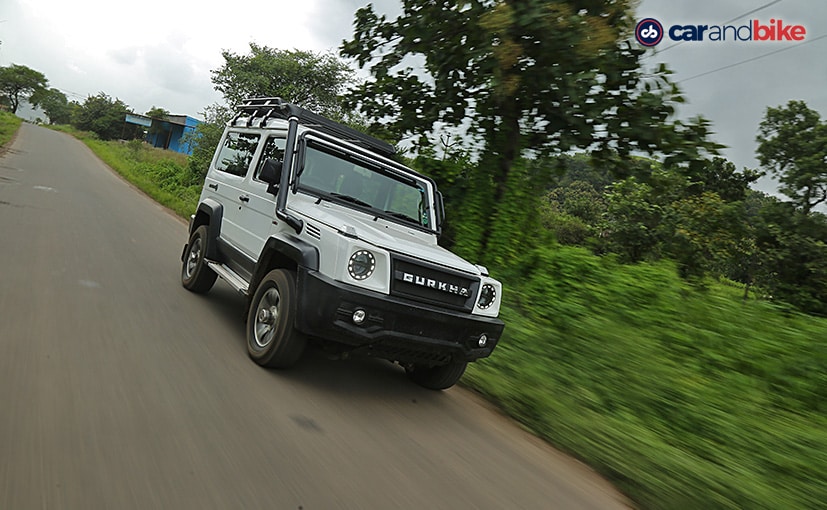 (There is oodles of bottom end grunt on offer! The slow speed ride is quite comfy too)

Now I distinctly remember driving the old Gurkha and it sounded rustic, it sounded raw! The new-generation model, it is slightly more refined, no doubt about that, but the rustic, raw charm that Gurkha had, the new model has it too. Now, I would say it is a characteristic of the vehicle and the engine, because if you make the Gurkha too refined then the charm is lost. The good news is that the low speed ride quality is really plush, thanks to the suspension. 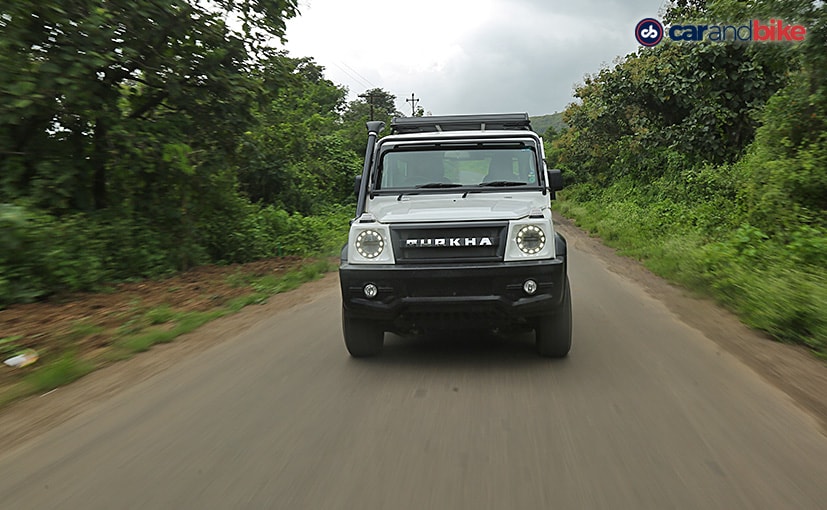 (Steering has a bit of play, but that is expected. The Gurkha can tackle your average urban commute easily)

And even if you increase the speed, the Gurkha doesn’t care. Whether there are big bumps, potholes, bumps, it just glides over everything that you throw at it. So that is a good thing! There is a lot of play in the steering but then again, recreational vehicles, SUVs like the Thar and the Gurkha, they have to have some amount of play and that helps when you are going off-road. But, somebody, who is going to buy the Gurkha or the Mahindra Thar for that matter, he or she is not really going to look at the driving dynamics of the car! Well, not overtly! 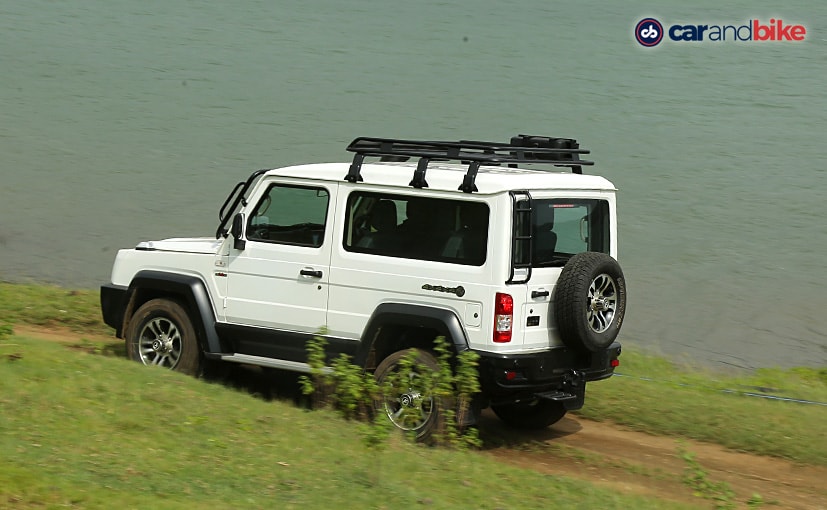 (The gearbox on the new Gurkha could have been better, in our opinion)

It is an enjoyable car for sure and as far as the driving dynamics are concerned, there is a fair amount of body-roll when you try and corner hard. But that is expected, when there’s a ladder-on-frame chassis along with raised suspension. 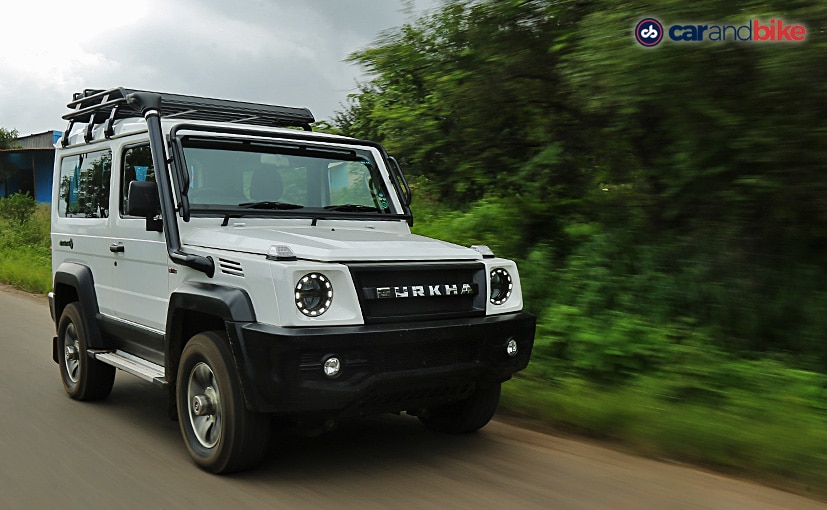 Now the specifications of the engine may seem underwhelming, especially if you compare it to the Thar! But be rest assured, that isn’t the case. The highlight here is that the bottom end has lots and lots of pulling power. One can ride the wave of the torque till about 2,800 rpm, which should be good enough for ploughing through the urban jungle, on highways and traffic too. After 3,200 rpm the engine loses steam. The 5-speed gearbox though feels like a decade old and could have been better calibrated to offer smoother shifts. 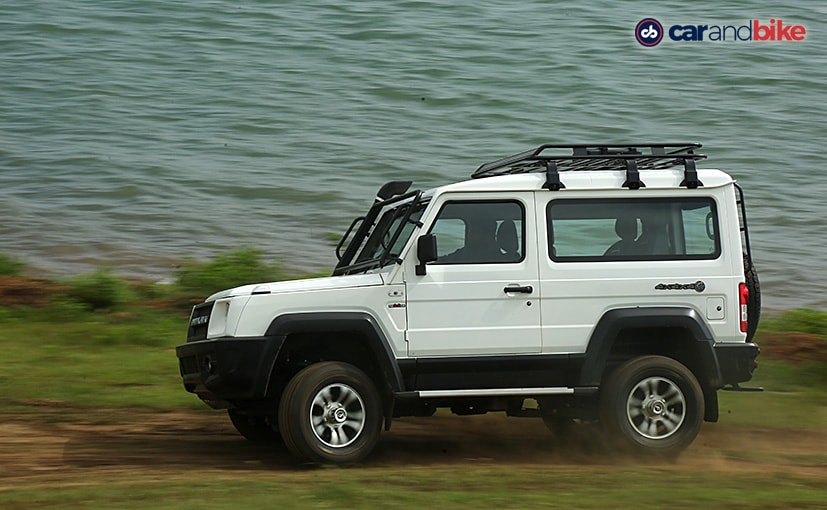 (No terrain seems too tough for the Force Gurkha!)

The new Gurkha gets independent double-wishbone suspension up front and 5-link rigid axle units at the rear, with coil springs and anti-sway bars on all four wheels. Locking differentials front and rear along with four-wheel drive and low ratio are standard as well. Force Motors say that there will be a bunch of customisation option to choose from as well such as the ladder, roof-rails, jerry cans and all-terrain tyres that you see on our test car. 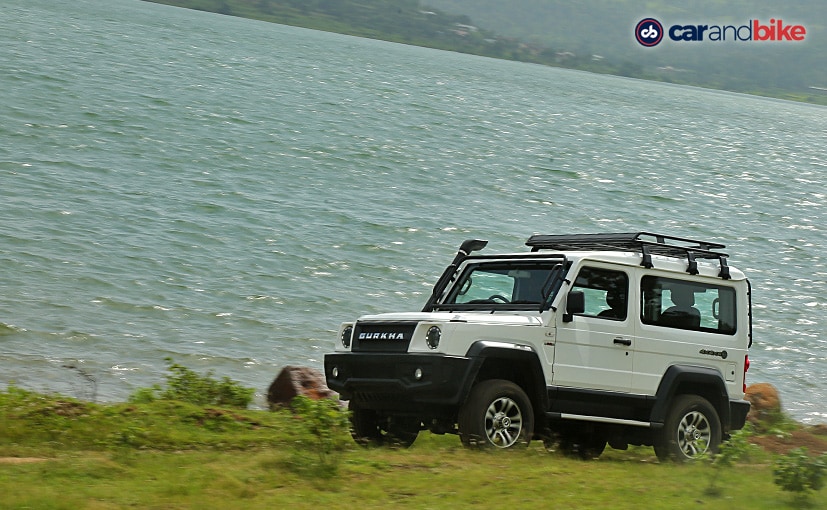 (The 4×4 on the Gurkha works very well. We did not encounter terrain which necessitated the use of locking differentials)

We are happy to report that the new Gurkha retains its off-roading prowess! We subjected the car to really tough terrain, steep gradients, rocky patches and the Gurkha soaked it in with consummate ease and was almost daring us to take it up a notch further! We wish we had more time and tougher terrain to test the Gurkha, despite our novice off-road abilities! 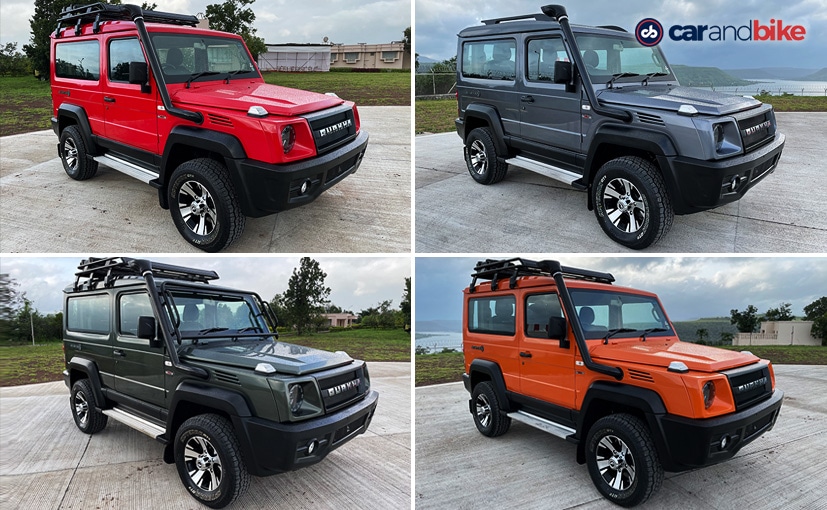 (Force offers rather interesting colour options for the Gurkha. These are the other four colours, in addition to the white, which was the colour of our test car too)

With the new Force Gurkha, the aim was to have a model, an SUV, which offered better appeal, than the old Gurkha. Well, did Force succeed in that? Let’s see! Is it more appealing now? Yes, absolutely! More features? Yes, definitely! The Gurkha now has a lot more features in terms of safety and creature comfort so that’s a definite yes, again! Does it retain its legendary off-road ability? Yes, absolutely! Now, the biggest question! Is it still value for money and is it still practical? Value for money part, we will only be able to tell you once the prices are out, which is towards the end of September. 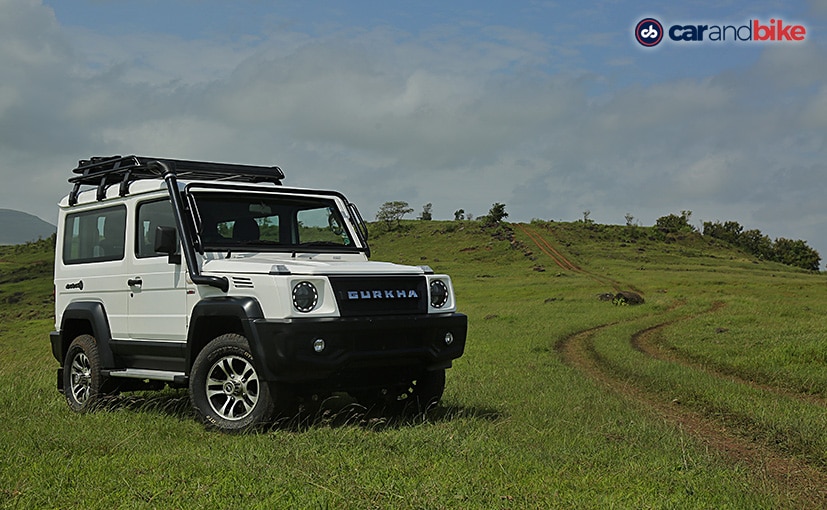 (We expect the 2021 Force Gurkha to be priced at around ₹ 12.5 lakh to ₹ 13 lakh. Its biggest rival will of course be the Mahindra Thar)

In terms of practicality, the model has definitely grown! And it offers a much wider appeal in terms of target audience! So yes, if you are looking for a lifestyle vehicle, which is capable for going off-road, which is really capable, the new Force Gurkha fits the bill! And is it better than the Mahindra Thar? Well, wait for it! We will have the Mahindra Thar vs the Force Gurkha comparison for you very soon!

Viral Video: Penguin Gets Mixed With Another Group, Friend Goes To...