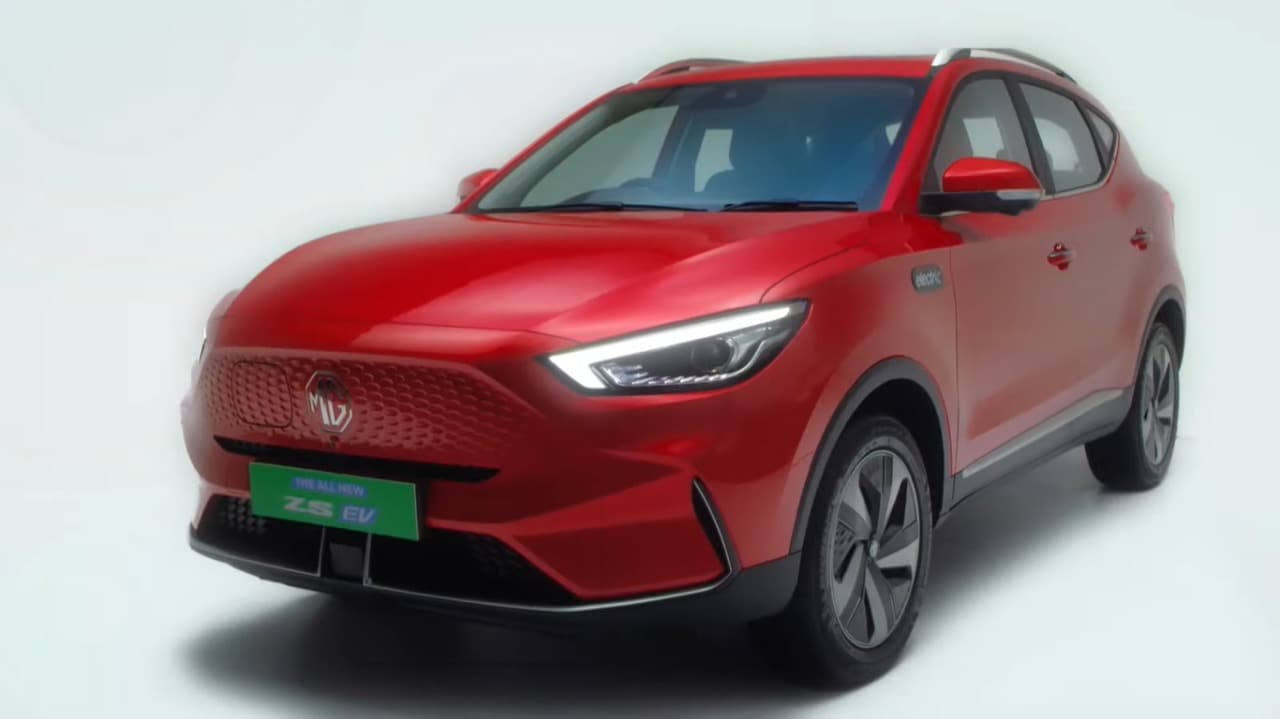 MG Motor India has launched the 2022 ZS EV in the country. First launched in 2020, the ZS EV was the company’s first electric SUV in the country and now the car gets a mid-life facelift. There are a lot of changes made to the look of the car, though the overall silhouette remains pretty much the same. There are two variants on offer – Excite and Exclusive. Prices for the ZS EV begin from ₹ 21.99 lakh  (Excite) going all the way up to ₹ 25.88 lakh for the Exclusive variant. The company also announced that the Excite variant of the car will be available from July this year, while the Exclusive variant is available right now! The last time around, the ZS EV was launched in India prices began from ₹ 19.88 lakh which was very competitive given that the Hyundai Kona too was launched around the same time.

The exterior of the 2022 MG ZS EV features notable changes as the fascia now receives an enclosed grille instead of a deep concave layout, while the charging socket is moved to the left side of the MG logo from behind the MG logo on the grille. The front bumper is redesigned with a sharper design and a wider central air dam with vertical intakes at both ends. The 2022 MG ZS EV will sit on a set of redesigned 17-inch alloy wheels, while the rear receives a new tail-light design, and refreshed bumpers. The London-eye projector headlamps with LED DRLs, LED taillights, roof rails, rear spoiler, ORVMs with side indicators, will be retained from before.

The cabin also receives a thorough shakedown in terms of fresher elements introduced to enhance its feel. And so, it gets refreshed interior, on the lines of the MG Astor, along with an updated instrument cluster. The refreshed ZS EV will also feature centre armrest for the rear seats, individual cup-holders, centre headrest, and rear AC vents.

The 2022 MG ZS EV will be powered by the same 50.3 kWh battery pack that powers a permanent magnet synchronous motor, developing 174 bhp. It has an estimated range of 461 km on a single charge which is an improvement when compared to the earlier version as it’s range was 419 km. 0-100 kmph can be done in just 8.5 seconds and that’s quick.