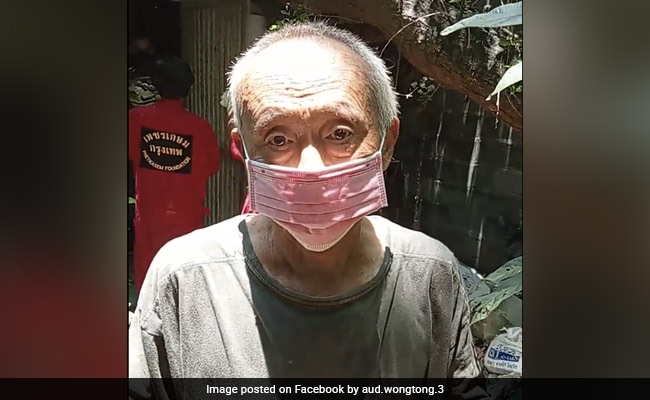 Charn Janwatchakal worked as a medic in the Royal Thai Army.

A 72-year-old man in Thailand recently cremated his wife after living with her dead remains for more than two decades. According to Independent, Charn Janwatchakal finally bid farewell to his wife on April 30 – 21-years after she died.

A distressing video shared on Facebook shows Mr Janwatchakal assisting Bangkok Foundation staff in taking his wife’s coffin outside his home in the Bang Khen district of Bangkok. He had kept his spouse’s body next to him in a small room where he slept and spoke to her pretending she was still alive, as per Independent.

“You are just going for a brief business and you’ll be back home again. It won’t be long, I promise,” Mr Janwatchakal is heard saying in the video, referring to his wife.

According to reports, the charity workers retrieved the rotting coffin from the dingy space, surrounded by plastic bags and other rubbish. No legal actions have been taken against the man as he had registered his wife’s death with officials. It is to mention that Mr Janwatchakal’s partner died from a congenital disease in 2001.

An executive for the Bangkok Foundation, who previously used to visit the senior citizen to help him recover from a motorcycle accident, was not aware of the development as she hadn’t noticed the coffin in his home. However, later, Mr Janwatchakal himself reached out to the foundation seeking help with cremation rituals as he feared his dead wife would not get a proper ceremony in the event of his death.

Independent reported that Mr Janwatchakal is well educated and had earned several degrees. But his home remained without electricity and was said to be in a poor condition. The 72-years-old revealed that he used to live with his wife and two sons, however, his sons decided to move out of the house as they were not comfortable with their father’s decision to keep the corpse on the property.

Mr Janwatchakal graduated from the Faculty of Pharmacy at Chulalongkorn University. He has worked as a medic in the Royal Thai Army and his wife too had served in the public health ministry.