Reportedly the reason why Priyanka Chopra Jonas sold the car was because she has shifted her base to the US, and the car was in India unused for a long time.

Priyanka Chopra Jonas bought the Rolls-Royce Ghost in 2013 for a whopping Rs. 4.5 crore

Actor Priyanka Chopra Jonas has reportedly sold her Rolls-Royce Ghost to an unknown Bengaluru-based businessman for an undisclosed amount. The news was first reported by the Bollywood tabloid website, Pinkvilla, which says that the reason Chopra Jonas sold the car was because she has shifted her base to the United States, and the car was parked in the garage unused for a long time. Priyanka Chopra Jonas bought the Rolls-Royce Ghost in 2013 for a whopping ₹ 4.5 crore, which came with a black and silver dual-tone paint job among other customisations.

Despite the heavy price tag, the Ghost has been one of the most affordable models in the Rolls-Royce stable, and it has been a popular choice among the A-list actors of Bollywood actors until a few years ago. Priyanka was one of the first female actors to add the uber-luxury sedan to her garage. The actor has regularly used the car while she was in India and was caught on the camera by the paparazzi at several events. 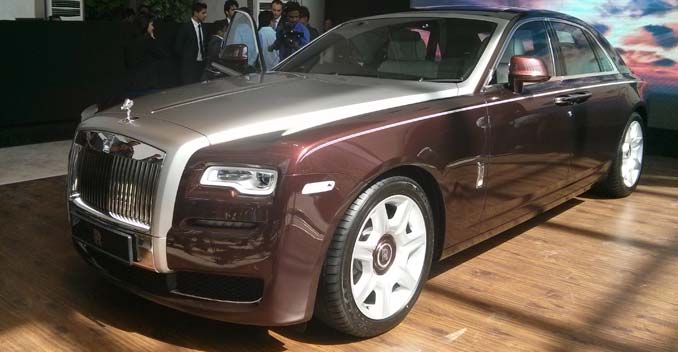 The previous-gen Rolls-Royce Ghost was powered by a 6.6-litre V12 petrol engine, which made 562 bhp and a peak torque of 780 Nm

While the Rolls-Royce Ghost has already gone through a generation upgrade, the model owned by Chopra Jonas was the previous-gen model, which was powered by a 6.6-litre V12 petrol engine with twin-turbochargers. It produces 562 bhp and a peak torque of 780 Nm and was mated to an 8-speed automatic transmission.

On the work front, Priyanka Chopra Jonas was recently seen in the Sci-Fi action movie – The Metrix Resurrection, which starred Keanu Reeves as the lead. Next, she will be seen in an upcoming American romantic drama film, Text for You.