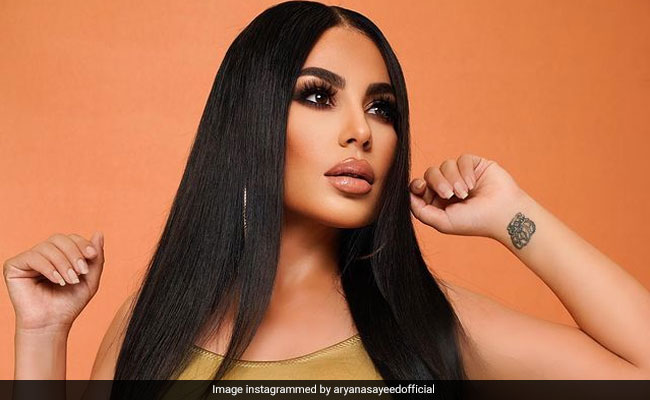 Aryana Sayeed is an Afghan singer and songwriter.

“I am well and alive and after a couple of unforgettable nights, I have reached Doha, Qatar and am awaiting my eventual flight back home to Istanbul,” Aryana Sayeed told her 1.3 million Instagram followers.

As women and girls plead for their livelihoods under strict Taliban rule, Sayeed, 36, who had recently starred as a judge on a singing competition show on Afghan television, told reporters she left via US cargo jet, reported New York Post.

The singer is among the lucky few as expats from around the world struggle to find flights out of the country.

“Aryana Sayeed in 2015, sang at a stadium, breaking 3 taboos: 1-Singing as a woman 2-Not wearing hijab. 3-Entering a stadium as a woman, which was forbidden under the Taliban. Now, all of those have turned into a dream,” tweeted one of the human rights activist.

From Doha, she continued to Turkey where she resides full time with her husband Hasib Sayed, an Afghan music producer. “After I get home and my mind and emotions return back to normal from a world of disbelief and shock, I have many stories to share with you,” she said in her emotional social media message, reported New York Post.

Other prominent Afghan women have not been so fortunate, including the governor of the Hazara district, Salima Mazari, who was reportedly arrested on Wednesday. Many fear Mazari, who openly criticised the terrorist group, maybe executed, reported New York Post.

Meanwhile, women in Afghanistan protested against the terrorist group, expressing concerns over how they would be represented in any future government in the war-torn country.

A number of women who have been working in government and non-government agencies demonstrated and demanded that their rights should be protected in any future government, according to TOLO News.

This development comes after the Taliban said that it has begun discussing the formation of a new government.

Taliban in their first press conference after taking control of Afghanistan said that the rights of women will be “respected with the framework of Islamic law.” Despite it, several women journalists in Afghanistan have said they are being barred from working by the group.