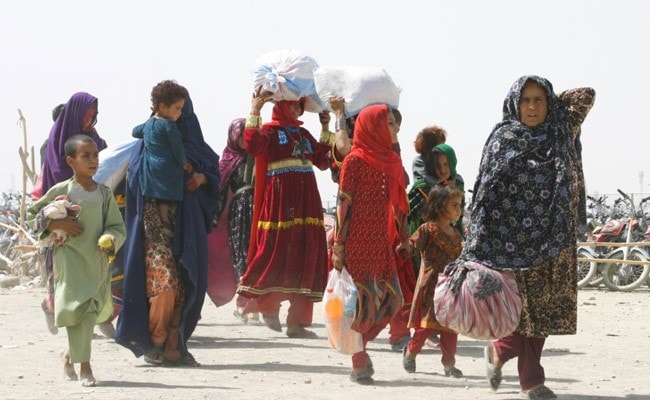 More than 3.5 million have been displaced from their homes in Afghanistan. (File photo)

United Nations High Commissioner for Refugees Filippo Grandi has said that the humanitarian situation in Afghanistan is pretty desperate and called for urgent aid to the country, a media report said.

Speaking at a press conference in Islamabad, Grandi described the humanitarian situation in Afghanistan as “pretty desperate” and stressed that food, medicines, shelter and other necessities are needed urgently, Japan’s NHK World reported on Saturday.

When asked about the Taliban’s rule, Grandi said that humanitarian assistance is “not subjected to any political considerations and should not be”.

Raising concerns over the frozen Afghan assets in other countries, Grandi stressed that the money shortage could lead to the collapse of public services and will lead to an even bigger humanitarian crisis, according to NHK World.

He also underlined that the global community and the UN to engage with the Taliban for Afghanistan and regional stability.

Earlier, the UN agency had said that over 18 million Afghans required urgent humanitarian assistance even prior to the events that unfolded over the past few weeks in the country.

More than 3.5 million have been displaced from their homes by conflict and remain inside the country, including some 6,30,000 uprooted during 2021.

During his visit to Kabul, Grandi met with the Taliban’s interim government, as well as other UN and NGO staff that have stayed on the ground and maintained operations.