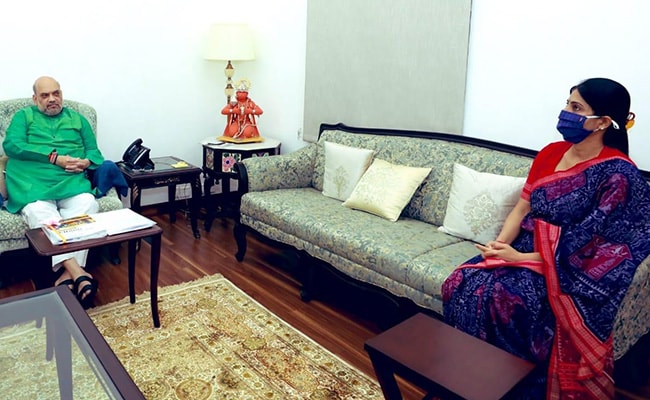 Anupriya Patel was made Union minister in recent cabinet expansion of the Modi government. (File)

With an eye on the Uttar Pradesh assembly elections next year, the BJP”s ally Apna Dal(S) on Sunday demanded a separate Union ministry for the welfare of the OBC and a caste-based census across the country to ascertain the exact population of the community.

Apna Dal(S), an Uttar Pradesh-based party, is the second ally of the ruling BJP after the JD(U) which has raised the demand for a caste-based census.

The demand assumes significance just months before the assembly elections in Uttar Pradesh, where the single largest chunk of voters belongs to the OBC category.

“Caste-based census is the need of the hour to ascertain the exact population of each segment, especially the other backward class (OBC),” the working president of Apna Dal(S) Ashish Patel told PTI.

He said the population of SC and ST have been calculated in all censuses post-Independence but not of the OBCs.

“As a result, there is no proper estimate of the OBC population. Therefore, I request the government that the next census should be caste-based to ascertain the exact population of each segment, especially the OBCs.

“This would ensure that the share of a particular caste segment is based on their population,” said Ashish Patel, the husband of Union Minister Anupriya Patel.

He said the party also demands that there should be a separate ministry for the welfare of the OBCs.

“On the lines of the Union Ministry for Minority Affairs, there should be a separate and dedicated ministry for the welfare of the OBCs,” Ashish Patel said.

Apna Dal(S) has been a constituent of the NDA since 2014. Anupriya Patel, the daughter of the party’s founder late Sonelal Patel, was made Union minister in recent cabinet expansion of the Narendra Modi government.

She hails from the Kurmi caste which falls in the OBC segment. Her party has influence in around 50 assembly seats, mostly in eastern Uttar Pradesh.

Besides different political parties, the National Commission for Backward Classes in April this year had urged the government to collect data on the population of OBCs as part of the Census of India 2021 exercise.

The Union Home Ministry had in 2018 had envisaged collecting data on OBCs for the first time in the 2021 census.

However, Minister of State for Home Affairs Nityanad Rai, in a written reply to a question in the Rajya Sabha on March 10 this year, said that after Independence, India decided as a matter of policy not to enumerate caste-wise population other than that of the SCs and STs.

The 2021 census was scheduled to start from April last year but couldn’t take off due to the COVID-19 pandemic.