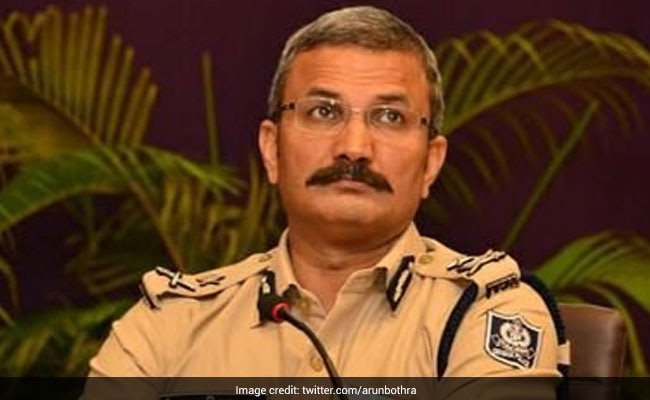 Senior IPS officer Arun Bothra has left Twitter in stitches with his latest post. On Wednesday, Mr Bothra, Transport Commissioner of Odisha, shared a picture of a suitcase filled with green peas. He revealed that the picture was taken at Jaipur airport, where security officials asked him to open his hand baggage for further inspection, possibly after scanners picked up something unusual inside.

Opening the suitcase revealed that it was choc-a-bloc full of fresh peas – bought at Rs 40 per kilogram, the IPS officer said.

“Security staff at Jaipur airport asked to open my handbag,” he captioned the picture, adding a poker-face emoji at the end. It is not clear whether Mr Bothra was joking or not, but his post has definitely amused social media users. Take a look:

The pic has gone viral with over 48,000 ‘likes’ and hundreds of amused reactions.

Parveen Kaswan, a Forest Service officer, wondered if it was a case of smuggling peas in a lighthearted tweet

And when one Twitter user said that he bought 10 kilos of green peas at the rate of Rs 40 per kg in the capital of Rajasthan, Jaipur, Mr Bothra said “same”.

This was such a fruitless task.

A matar of much significance. (I am sorry I could not help it)

“Hope it didn’t affect your peas of mind,” a Twitter user said

Hope it didn’t affect your peas of mind

Arun Bothra, an Odisha cadre IPS officer, is active on Twitter. He has a following of over 2.3 lakh on the microblogging platform, where his posts range from funny to insightful.