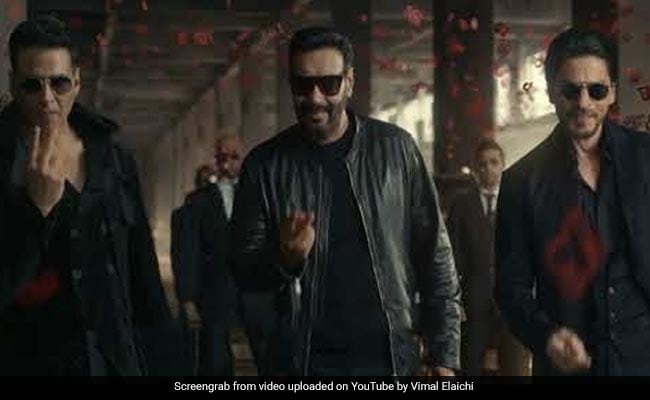 How many stars are too many stars in an advertisement? This is a million-dollar question with no apt answer to it. What if we ask you to imagine an ad featuring some of the finest Bollywood actors. Sounds impossible? Well, it wasn’t for a prominent gutka brand. The country witnessed Akshay Kumar, Shah Rukh Khan and Ajay Devgn share screen space in an ad. Almost putting the Marvel Universe to shame, the Vimal Elaichi Universe has the three stars embracing the tagline “Bolo Zubaan Kesari” in a foreign location with swanky cars around them.

Not surprisingly, the Internet has opinions. From amused to offended, the voices are varied. For starters, most Twitter users cannot wrap their heads around the fact that Akshay Kumar, famed for his physical fitness, was endorsing what is essentially a gutka brand.

In another example of how the Internet never forgets, an older video of Akshay Kumar speaking about how he would not do a gutka ad has surfaced. In the clip, Akshay said that while he has been offered several such ads, he would not resort to them as he believes in the concept of swasth Bharat (healthy India).

From Kesari to Zubaan Kesari ???? pic.twitter.com/FnWzwi5MRR

Fans were also taken aback by the sheer amount of star power in the ad.

There was also — no prizes for guessing —  a Rohit Shetty reference.

You can watch the much-debated ad here:

Tell us your views on the subject in the comments below.