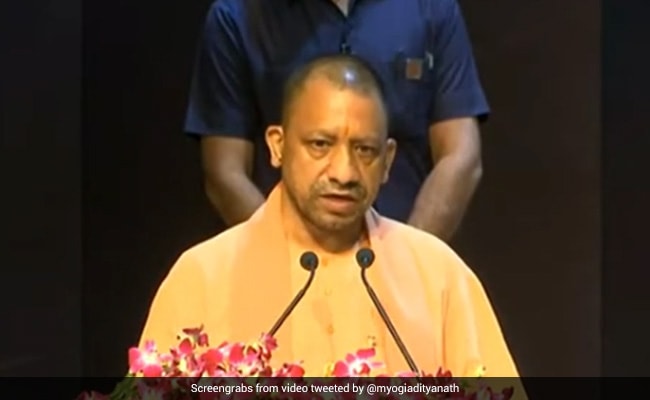 Uttar Pradesh Chief Minister Yogi Adityanath paid his last respects to former chief minister Kalyan Singh on Sunday and said people were paying tributes to him from the airport to the city.

Speaking to reporters in Aligarh, Yogi Adityanath said, “Today, we have brought the remains of Kalyan Singh ji to Maharani Ahilyabai Holkar Stadium in his hometown Aligarh. We decided to bring the remains here so that Singh ji’s followers can see him for the last time. He has been associated with the people of Aligarh for years.”

“He is known as the Ram bhakt of the nation. From the airport to Aligarh, the people of Uttar Pradesh have huge respect for Kalyan ji. I pray to God Ram to provide us strength to fulfill his dreams,” said Yogi Adityanath.

Upon being asked by reporters whether Aligarh airport will be named after Kalyan Singh, Yogi Adityanath said, “We will hold a meeting with the Cabinet soon and discuss it.” Recently, according to reports, after the demise of Kalyan Singh, BJP leaders in Aligarh reiterated their demand to name the newly constructed mini airport after the former chief minister.

Applauding the developmental works under Mr Singh’s tenure, Yogi Adityanath said, “Prior to Kalyan ji’s resignation in 1992, he undertook developmental works for the poor and downtrodden. He was not just a leader promoting a particular caste or community but worked for the welfare of all people. He believed in Pandit Deen Dayal Upadhyaya ji’s teachings. He was a RSS leader in its truest form.”

“Unlike his opposition parties who, in the name of occupying the Chief Minister’s post, slammed the Ram Mandir movement, he was a leader of the masses,” he added.

The defining moment in Kalyan Singh’s life was the fall of Babri Masjid on December 6, 1992. Just hours after mobs of karsevaks demolished it, Mr Singh quit as chief minister of Uttar Pradesh, owning moral responsibility.

Mr Singh passed away on Saturday. He was admitted to Sanjay Gandhi Post Graduate Institute of Medical Sciences on July 4 following deterioration in his health condition.

“Former Chief Minister of UP and and ex-Governor of Rajasthan Kalyan Singh Ji breathed his last today. He was admitted in SGPGI on July 4 in Intensive Care Unit in critical condition. He died due to sepsis and multi-organ failure,” said a statement by the hospital.

Yogi Adityanath had met Kalyan Singh earlier yesterday and had prayed for his speedy recovery. Mr Singh had been put on dialysis and was on the ventilator. Prime Minister Narendra Modi had enquired about his health and several BJP leaders had visited him at the hospital.