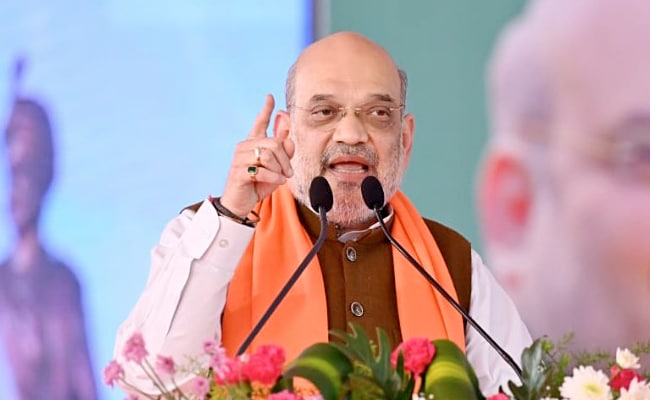 Amit Shah will first go to Dharmanagar, where he will flag off the yatra and address a rally

Mr Shah was scheduled to arrive at Agartala on Wednesday night and the next day, flag off two rath yatras in the northeastern state, where assembly polls are due early this year.

“Union Home Minister Amit Shah was supposed to land at the MBB Airport on Wednesday around 10 pm but could not make it due to poor visibility caused by thick fog as reported by ATC, Agartala,” Superintendent of Police (SP), West Tripura, Sankar Debnath told PTI.

He said the flight, which was destined for the MBB Airport, has landed in Guwahati and he will spend the night there.

BJP state president Rajib Bhattacharjee said Mr Shah will arrive at Agartala on Thursday at 11 am to flag off rath yatras from Dharmanagar in North Tripura district and Sabroom subdivision in South Tripura district.

“The Jana Viswas Yatra will mark the party’s campaign for the next assembly elections and we are happy that the Union Home Minister will flag off both the programmes,” Chief Minister Manik Saha told reporters earlier in the day.

After the Sabroom programme, Mr Shah will return to Agartala and leave Tripura on Thursday evening, he said.

The Jana Viswas Yatra is aimed at highlighting the state government’s achievements since 2018, he said.

A total of 100 rallies and roadshows will be held during the yatra which will conclude on January 12, he said, adding BJP president J P Nadda will join the rath yatra on the last day.