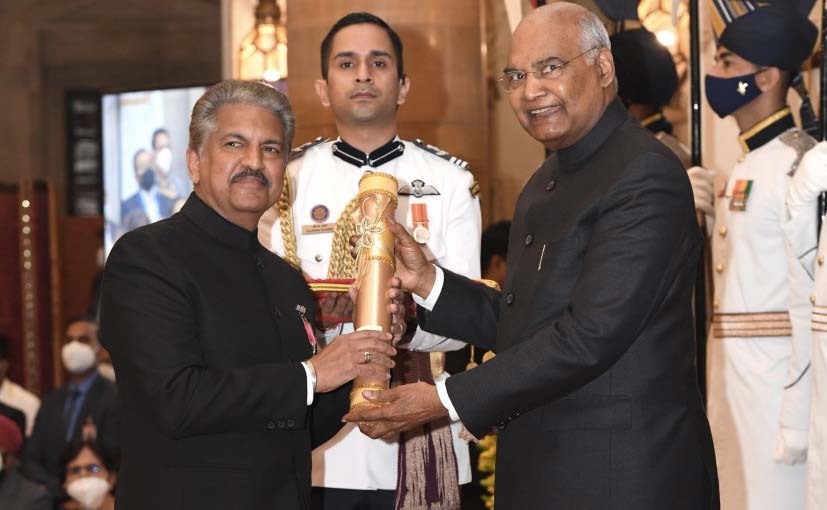 The Government of India conferred Anand Mahindra, Chairman, Mahindra Group, with the Padma Bhushan award at a special ceremony at the Rashtrapati Bhavan.

Anand Mahindra, Chairman, Mahindra Group has been conferred the 2020 Padma Bhushan award, India’s third-highest civilian honour, in the field of Trade and Industry. The Government of India conferred Mahindra with the honour at a ceremony at the Rashtrapati Bhavan earlier today. Mahindra remains one of the most influential voices in the Indian commerce industry and the group has worked tremendously towards changing the landscape of the Indian trade sector on a global scale.

President Kovind presents Padma Bhushan to Shri Anand Gopal Mahindra for Trade and Industry. He is the Chairman of the Mahindra Group. His tenure has seen the Group expand domestically and internationally into a range of major industrial sectors from automobile to IT & Aerospace. pic.twitter.com/8hEA8IV5P0

In a statement, Mahindra & Mahindra wrote, “This is a recognition of our Rise philosophy – doing well and doing good at the same time. Mr Anand Mahindra has over the years has shown exemplary business acumen and nurtured the growth of the Mahindra Group with the highest standards of corporate governance. The Group has expanded through diversification and acquisitions on a global stage while continuing to strengthen the foundations of its core businesses. Most importantly, he has upheld the spirit of the Mahindra Group, which has always believed firmly in giving back to the community and ensuring inclusive growth.”

Furthermore, Anand Mahindra has represented India on a global scale by championing sustainability and the climate cause said the company. He also remains an inspiration to the global business community, employees, partners and other stakeholders. The growth of Mahindra & Mahindra is intertwined with that of India over the past 25 years as one of the fastest-growing economies in the world.