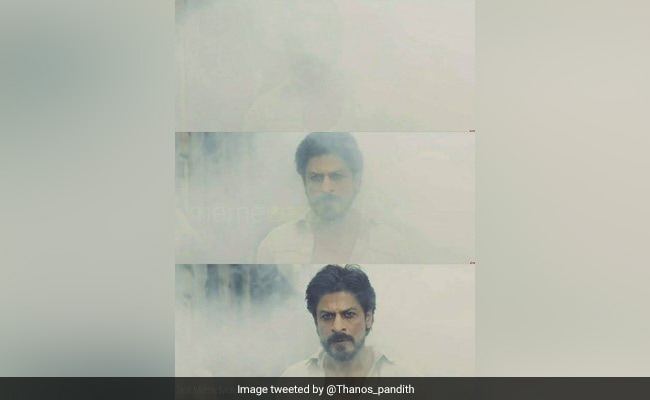 Air quality has deteriorated sharply in New Delhi, where people have complained of breathlessness and itchy eyes as a result. The Air Quality Index (AQI) remained in the very poor category for the second day in a row on Wednesday. The abrupt change in air quality has been attributed to crop burning in Punjab and firecrackers burst during Diwali. On social media, #DelhiPollution has been trending on and off since the city and neighbouring areas were blanketed by toxic air after the ban on crackers was widely violated on Diwali.

A number of memes about Delhi’s air quality have also surfaced on Twitter. Take a look:

Air quality in #Delhi dropped to the worst position, no need for extra spending on migrates ????????#ShahRukhKhan and #HrithikRoshan giving loud and clear massage on#DelhiPollutionpic.twitter.com/evMbwGCzdB

Superman after flying through Delhi. #DelhiPollutionpic.twitter.com/gdnBAFjso0

NASA releases satellite images of India at night and they are stunning????????#AirPollution#DelhiPollutionpic.twitter.com/rloQ2RjVWG

Meanwhile, images of toxic white foam on the Yamuna river in Delhi have gone viral on social media – again inspiring criticism disguised as humour. The foam is the result of increased ammonia levels and high phosphate content caused by the discharge of industrial pollutants, including detergents, into the river, experts say.

Footage of a worker spraying water on the river prompted sharp digs. Ashok Kumar told ANI that he had been tasked by the Delhi Jal Board with spraying water at the river all day. “I will do this till the evening. This is my duty – to keep spraying water,” he said.

According to news agency PTI, the four main sources of pollution in Delhi include dust, vehicular emissions, waste burning, and farm fires.