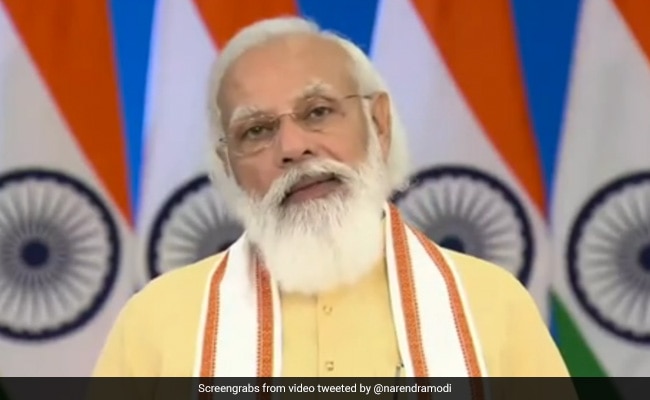 The government is eyeing a COVID-19 vaccination record today to mark the 71st birthday of Prime Minister Narendra Modi. A 20-day mega event – “Seva and Samarpan Abhiyan” – has also been planned by PM Modi’s party, the BJP,  to mark his “20 years in public service”.

Leaders of the ruling BJP have been urged to promote the jabs and state officials told to double the daily rate. The BJP, which is eyeing to get more than 1.5 crore vaccines administered, has trained around eight lakh volunteers to aid the vaccination drive. On August 27, India had administered 1.03 crore doses, its highest single-day count so far.

During the 20-day mega outreach programme that will continue till October 7, the party will hold massive cleanliness and blood donation campaigns, and send five crore postcards to the Prime Minister to congratulate him for his efforts as “party members commit themselves to public service”.

Hoardings, thanking PM Modi “for free food grains and vaccination for poor”, will also be set up as part of the campaign, the BJP said in a statement.

In Uttar Pradesh, where elections are due next year, the party workers will hold a campaign to clean river Ganga at 71 sites.

Health camps will be held at districts levels while food items will be distributed under ‘Pradhan Mantri Garib Kalyan Yojana’ where women leaders will play a key role. “All representatives will go to vaccine centres with an aim to spread awareness and thank the Prime Minister,” the party members have been told.

On Gandhi Jayanti, October 2, a massive cleanliness campaign will be held and a public message will be sent out, encouraging the use of Khadi and local products.

Children who have been orphaned due to Covid will be registered by the BJP workers so that they can be benefitted with PM-Cares.

All gifts received by the Prime Minister will be auctioned on the government website- pmmemontos.gov.in.

The BJP has been celebrating PM Modi’s birthday as “Seva Diwas” (Service Day) since 2014 when he became the Prime Minister.  The party organises welfare activities across the country for a week but this time it has extended the celebrations to 20 days as PM Modi is completing his two decades holding public office.