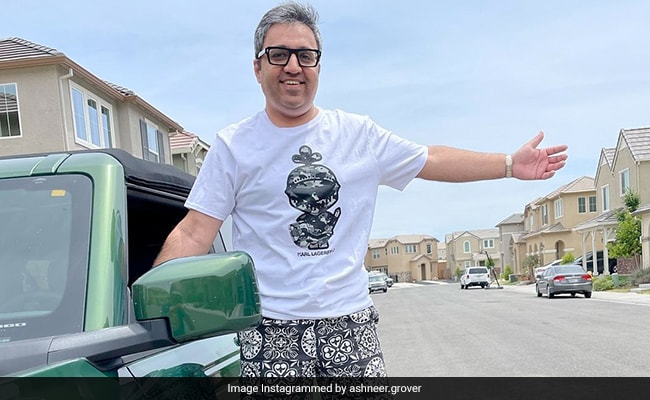 BharatPe co-founder Ashneer Grover, who has since resigned from the Fintech unicorn, revealed on a podcast released on Wednesday that he does not like watching “poverty” portrayed in films and prefers watching movies like Zoya Aktar’s ‘Zindagi na Milengi Dobaara’ which are “opulent”.

Ashneer Grover was on The Ranveer Show, a podcast hosted by popular YouTuber BeerBiceps where he also said that he had unfollowed all the judges on Shark Tank India on social media since declaring that he will not be part of the recently released second season.

Asked if he likes watching movies, Ashneer Grover said that he only watches Hindi ones. I cannot sit through a Hollywood film, he said.

“I like movies like Zindagi Na Milegi Dobaara and Dil Dhadakne Do. I don’t want to see poverty in films. If I wanted to see that, I’d go out onto the street … Show me opulence, show me grandeur,” the former Shark Tank India judge said.

He added that appreciated director Zoya Akhtar’s storytelling. “In movies made by Zoya Aktar, there are eight to 10 characters, each of whom has their own importance. There isn’t a central hero. These kinds of movies interest me.”

Last month, BharatPe filed a criminal suit against Ashneer Grover and his family, seeking up to Rs 88.67 crore in damages for alleged cheating and embezzlement of funds.

The four-year-old company hit the headlines earlier this year when Grover was accused of using inappropriate language and threatening a Kotak Group employee for failing to secure an allotment and funding for the Nykaa IPO for himself and his wife Madhuri Jain Grover.