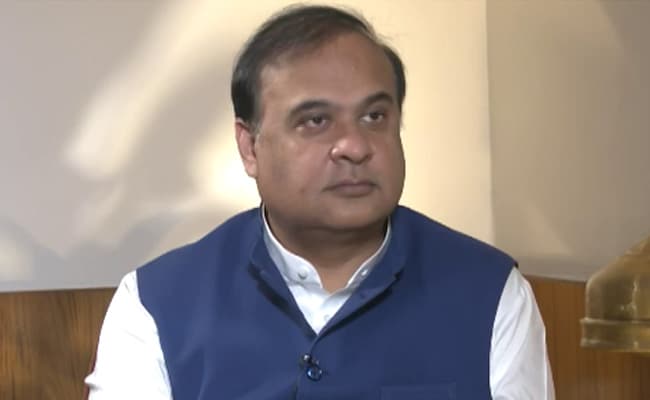 “The people of Assam have a larger role to play to solve the insurgency problem,” he said.

Assam Chief Minister Himanta Biswa Sarma on Sunday said that the possibility of bringing the Paresh Baruah-led ULFA (Independent) for peace talks will not be possible till the time the leader of the banned outfit keeps demanding sovereignty.

Talking to media persons, Himanta Biswa Sarma said, “The channel of communication with the ULFA(I) is not an issue. The bone of contention is the sovereignty issue with which I can’t compromise. I have taken an oath to protect the integrity and sovereignty then how I can compromise with it”.

“On the other hand, ULFA(I) chief Paresh Baruah has been demanding sovereignty. Due to irreconcilable differences, the matter has not been solved. But from our side we are taking all possible steps to solve the ULFA (I) problem,” Mr Sarma said, adding the channel of communication with the ULFA(I) is open.

Mr Sarma also added that the security forces recovered the highest number of arms in the state’s history. ”Even during the peak of ULFA (I), we were unable to recover so many arms. All this has been possible due to the silent operations, silent actions initiated by the security personnel,” he said.

“The people of Assam have a larger role to play to solve the decade-old insurgency problem,” he added.

The banned ULFA (I) had announced a unilateral ceasefire for three months in 2021 after Mr Sarma took charge as the chief minister of the state and called the outfit to come forward for talks.

The outfit has been extending the ceasefire every three months since then but there has been no announcement regarding negotiations with the banned organisation.

Mr Sarma had last year said peace talks with the banned outfit could progress if it was prepared to discuss grievances and issues other than sovereignty.