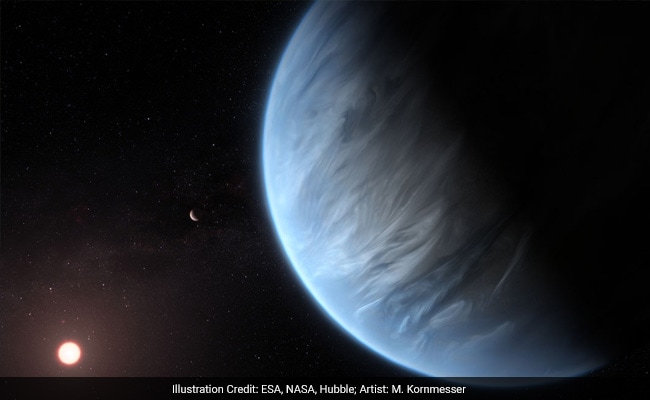 Intriguing proof of “water worlds” in deep space has been found by scientists.

Two exoplanets that may be submerged in water have been discovered by astronomers at the University of Montreal. According to research conducted using NASA’s Hubble and Spitzer telescopes, exoplanets that orbit red dwarf stars are “water worlds,” meaning that a sizable portion of the planet is made up of water. These worlds are unlike any planets in our solar system and are situated in a planetary system 218 light-years away in the constellation Lyra.

The team, led by Caroline Piaulet of the Institute for Research on Exoplanets (iREx) at the University of Montreal, published a detailed study of this planetary system, known as Kepler-138, in the journal Nature Astronomy.

According to a news release from NASA’s Jet Propulsion Laboratory, Piaulet and colleagues observed exoplanets Kepler-138c and Kepler-138d with NASA’s Hubble and the retired Spitzer space telescopes and discovered that the planets could be composed largely of water.

“These two planets and a smaller planetary companion closer to the star, Kepler-138b, had been discovered previously by NASA’s Kepler Space Telescope. The new study found evidence for a fourth planet, too.”

“Imagine larger versions of Europa or Enceladus, the water-rich moons orbiting Jupiter and Saturn, but brought much closer to their star,” explained Piaulet.

“Instead of an icy surface, they would harbor large water-vapor envelopes.”

“The temperature in Kepler-138d’s atmosphere is likely above the boiling point of water, and we expect a thick, dense atmosphere made of steam on this planet. Only, under that steam atmosphere there could potentially be liquid water at high pressure, or even water in another phase that occurs at high pressures, called a supercritical fluid,” Piaulet said.