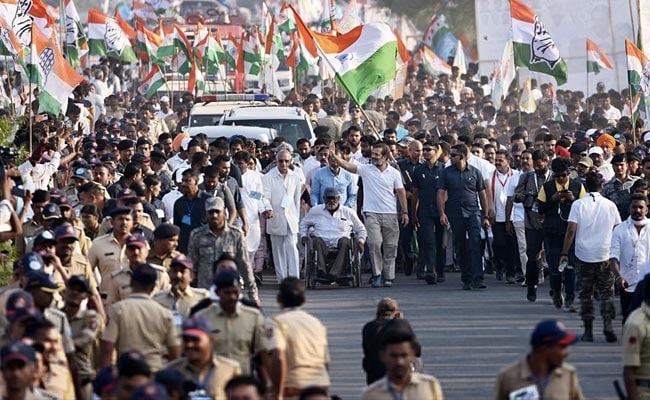 A Division Bench of the High Court on Friday ordered issuance of notices to the three leaders after MRT Studio in their petition claimed that the three had violated the undertaking given to the court on November 8 that the video clips of the Bharat Jodo yatra which used the copyrighted music belonging to the Studio would be removed from the party’s social media platforms within a day. Allegedly, the videos have not been removed, the company said.

A designated economic court in Bengaluru had ordered blocking of @INCIndia and @BharatJodo Twitter handles earlier. The High Court set aside this order after Congress party’s affidavit that the content would be removed from its online handles before noon on November 9.

The Congress agreed to remove the 45-second clip that used the copyrighted song before noon on Wednesday from all its social media accounts.

The MRT Studios had claimed 45 seconds of its copyrighted music from KGF Chapter 2 movie were used in a Bharat Jodo song by the Congress party.

The contempt petition by the Studio says the Congress leaders “are continuing to use in relation to their business and/or infringing the copyrighted work owned by the complainant and illegally distributed by making pirated copies of the same and thereby enabling illegal uploading, storing, hosting, reproducing/making copies, issuing copies, communicating to the public, digitally transmitting/streaming, synchronising, adapting, actively modifying and/or otherwise or in any way infringing the copyrights over the work including but not limited to the copyrighted works created, owned and held by the complainant.”

Korean YouTuber Tells NDTV How She Was Molested, Thanks Mumbai Cops