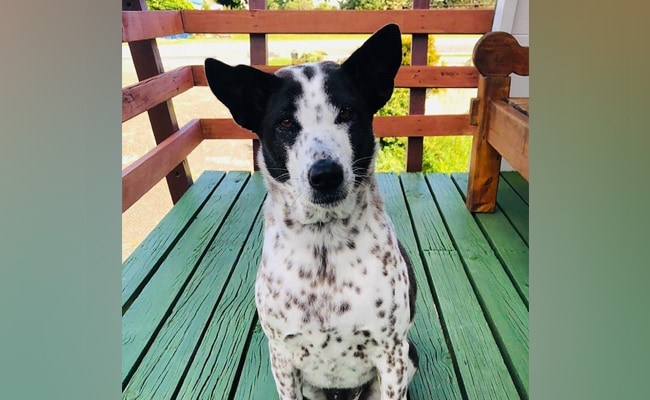 An Australian couple plans to shell out tens of thousands of dollars hiring a private jet to fly their stranded dog home from New Zealand in time for Christmas.

Munchkin, a former Bali street dog, is stuck in New Zealand unable to travel to her owners’ home on Australia’s Sunshine Coast due to Covid border rules and flight disruptions.

Owner Tash Corbin said after a five-month separation from Munchkin and her fiance, David Daynes, she had decided to hire a private jet costing Aus$45,000 (US$32,000) for her pooch and partner’s trip to Australia.

“The money part is not the number one driver, it’s about who can most certainly get them home before Christmas,” she told AFP.

“Christmas is a really big deal for us… I just want us all to be together.”

Pandemic-related disruptions mean there are few flights operating between New Zealand’s South Island and airports near the Sunshine Coast.

And travelling via New Zealand’s North Island, where there is currently a virus outbreak, would put Daynes in a two-week quarantine lasting through much of the festive season.

The couple is hoping to split the costs by recruiting passengers, offering to foot half of the jet bill while selling four remaining seats to other travellers, or perhaps hitching a ride on another private charter.

If their scheme is successful, it would be the final stage in a five-year journey to bring Munchkin from the Indonesian island of Bali, where she was adopted as a puppy.

She and Daynes eventually packed up and moved to New Zealand when the country accepted Munchkin in 2019, hoping to stay there temporarily until Australia approved the dog’s entry.

The entire process has cost so much money that Corbin has christened the dog “Million Dollar Munchkin” on social media.

“We stopped counting about three years ago when it got to Aus$40,000,” she said.

“We didn’t ever at the start of this process expect that it would cost this much or take this long. We expected it to be Aus$10,000 and six weeks.”

Corbin said she realised the couple was “in such a privileged position” to have the funds and there was “no way” she could ever leave Munchkin behind.

“She’s our family now and so I wouldn’t change it for the world. I love her so much and she’s such an amazing little creature.”