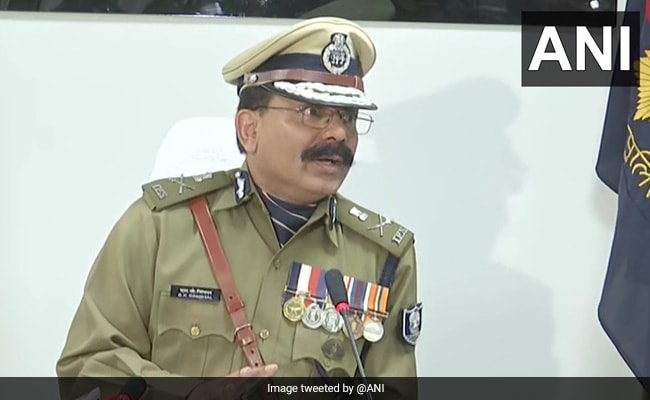 “The tragedy is still being probed and the guilty will have to face strict action.” Bihar DGP said.

Two days after senior BJP leader Tarkishore Prasad alleged that the spurious liquor which claimed scores of lives in dry Bihar were made with spirits seized by the Saran Police, S K Singhal, the director general of police, on Monday rubbished the claim as “baseless”.

Mr Singhal, speaking with reporters, said a probe is underway into the hooch tragedy, and anyone found involved in the preparation, sale or distribution of liquor would face strict action.

The Nitish Kumar government on Monday put at 38 the number of people who died in the Saran hooch tragedy, even as the opposition BJP claimed that the toll have crossed 100.

A delegation of BJP leaders had on December 17 visited Mashrakh and other areas in Saran district and met the family members of the victims.

Tarkishore Prasad, the former deputy chief minister, had later said that the “majority of the victims died after consuming a specific type of liquor, which was made with spirits seized and stocked at a police station”.

Rebuffing Mr Prasad’s assertion, the DGP said, “Initial investigation has revealed that spirit kept inside a police station at Saran district was not used for making spurious liquor. The tragedy is still being probed and those found guilty will have to face strict action.”

“The station house officer (SHO) and other officers of Mashrakh police station in Saran have already been suspended in the wake of the tragedy,” Mr Singhal noted.

Talking about the IPS officer Aditya Kumar, who has been suspended in a disproportionate assets case and wanted for allegedly colluding with liquor mafia, the DGP said that it would be inappropriate to comment on the matter as the probe into the case is still on.

A manhunt has been launched to nab the officer, he added.

“Watch With Your Daughter”: Madhya Pradesh Speaker To SRK On Pathaan Row