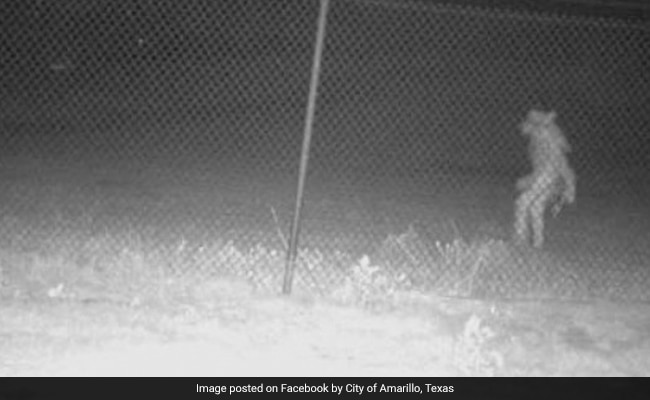 According to the security camera footage the picture is from May 21 at 1:30 pm.

A Texas zoo has published pictures online that have left most internet users stumped. The picture, captured by security camera, shows an unidentified creature roaming through the zoo. The creature is also seen standing on two legs but with pointy ears and what seems to be a mane. It is seen outside the zoo’s fence.

The City of Amarillo, Texas, took to Facebook and wrote, “The Amarillo Zoo captured a strange image outside the zoo in the dark and early morning hours of May 21 (around 1:25 a.m.). Is it a person with a strange hat who likes to walk at night? A chupacabra? Do you have any ideas of what this UAO- Unidentified Amarillo Object could be?”

The park’s director has said that no animals or individuals were harmed, and there were no signs of criminal activity or forced entry. According to the security camera footage the picture is from May 21 at 1:30 pm.

The zoo has asked local resident to email their theories of what they believe the creature is.

Earlier this week another clip from a zoo in Indonesia went viral which shows a man approaching an orangutan enclosure. The ape, who doesn’t seem to like the presence of the visitor, reaches out and grabs the man’s t-shirt quite forcefully. The primate refuses to let go as another visitor approaches to help the man stuck. The orangutan then even grabs on to the visitor’s leg and refuses to let go.

The man had allegedly crossed over a barrier that was intended to keep visitors away from the enclosure to take a close up picture of the orangutan.