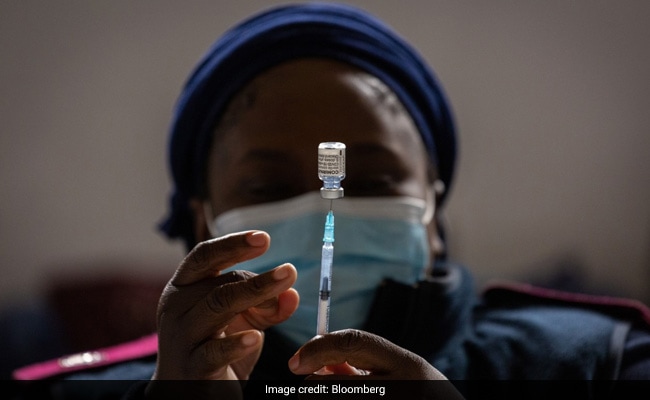 Delta can cause breakthrough infections and illness in people with lower antibody levels.

The roll out of a third dose of Covid vaccine has sparked debate on ethical and political grounds, since a large swath of the human population is yet to receive any inoculation. But the case for boosters on scientific grounds is building.

The reason is delta. The most-infectious coronavirus variant to emerge so far is in a race with the human immune system, and there’s mounting evidence that delta is winning — at least initially. Fully vaccinated individuals infected with the variant have peak virus levels in the upper airways as high as those lacking immunity, a large study from the U.K. showed last week.

That suggests people with delta-induced breakthrough infections also may be capable of transmitting the virus, frustrating efforts to curb the Covid pandemic. Waning antibody levels in some highly vaccinated populations such as Israel have prompted calls to offer boosters to blunt fresh waves of hospitalizations.

“The science is the boosters work, and they will definitely help,” said Shane Crotty, a virologist and professor at the La Jolla Institute for Immunology’s Center for Infectious Disease and Vaccine Research in California.

In fully vaccinated, healthy adults, booster shots from Moderna Inc. as well as Pfizer Inc. and its partner BioNTech SE cause antibodies to rebound to peak levels, if not well beyond, Crotty said in a Zoom interview Friday. Those antibodies are also likely to be more durable and adept at fighting a wider range of SARS-CoV-2 strains, he said.

People infected with delta were also found to have significantly higher amounts of virus in their upper airways compared with infections caused by other strains.

“It’s inherently tougher to stop with antibodies because there’s more of it and it’s a tougher challenge for the immune system,” Crotty said.

Bolstering antibody levels with an extra dose of vaccine may enable the immune system to swiftly block delta on its arrival in the nose and throat, preventing the coronavirus from not only infecting cells and causing illness, but also stopping it from spreading, he said. A slower antibody response, on the other hand, may increase infectiousness and worsen symptoms.

“It’s a race between the virus and your immune system,” Crotty said. The faster the virus replicates, the less time antibodies have to block an infection.

Still, even when a delayed antibody response does lead to infection, immunity generated by either vaccination or a natural infection is usually enough to prevent it causing severe illness in an otherwise healthy person, he said.

Most pediatric vaccine regimens are administered over three shots, Crotty said. “A lot of that is about the mechanics of immune memory generation — that it’s frequently taken three exposures to get that,” he said.

Three studies published by the U.S. Centers for Disease Control and Prevention last week showed that although delta may be hastening a decline in the effectiveness of the Moderna and Pfizer-BioNTech shots at preventing SARS-CoV-2 infections, including among nursing home residents, the vaccines remained a reliable shield against hospitalization over a six-month period.

Delta can cause breakthrough infections and illness in people with lower antibody levels, said Andrew Pekosz, a professor of molecular microbiology at the Johns Hopkins University Bloomberg School of Public Health in Baltimore. “The good news is that vaccine efficacy against severe disease is still maintained,” he said.

Virus particles from delta-infected individuals are much less likely to be infectious if they’re emitted from fully vaccinated people, researchers in the Netherlands showed in a study released ahead of publication Saturday. Immunized individuals are also infectious for a shorter period compared with those without immunity, reducing the likelihood of onward transmission, research from Singapore last month showed.

It’s possible the infectiousness of vaccinated individuals could be further reduced with third shots using a different inoculation, delivery via a nasal spray, and even with smaller amounts of the same vaccine, Pekosz said.

“We are still working out the mechanics of how best to use these vaccines for maximum protection,” said Michael Osterholm, director of the Center for Infectious Disease Research and Policy at the University of Minnesota in Minneapolis. “Our challenge is going to be how to continue to use these vaccines to maximize the most important aspect of public health: preventing infections.”

Curbing spread is also key to preventing the emergence of variants even more dangerous than delta, he said.

That goal must be sought globally with equity and solidarity, Osterholm said.

“It’s a worldwide epidemic that will continue until you take care of it around the world,” he said. “From a humanitarian standpoint, this is obviously critical.”

In the U.S., unvaccinated people are now swamping medical institutions in large swaths of the country, Johns Hopkins’ Pekosz said. “Vaccination would keep people out of the hospital, and that is the most important thing that vaccinations can do.”

La Jolla’s Crotty estimates that more than 90% of SARS-CoV-2 transmission is from unvaccinated people. “In the U.S., we’ve got so many of those,” he said.

“If you have two doses of vaccine, it’s way more valuable for those two doses to go to an unvaccinated person than people getting boosters if you want to talk about transmission,” Crotty said. “But if you can’t convince the people to get the damn things and somebody else wants them now, will it actually help the other person? Yeah, it will help them.”

–With assistance from Lisa Beyer.