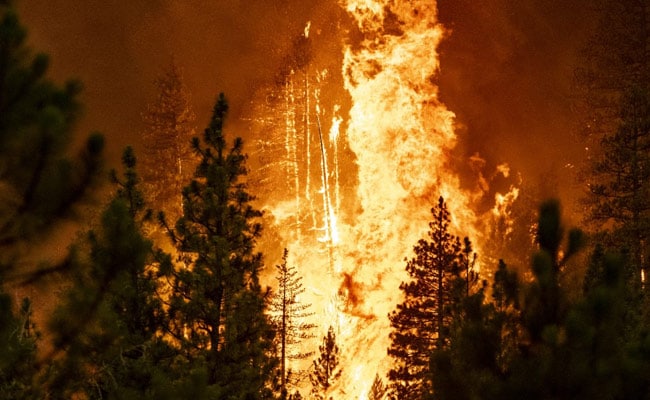 The Dixie blaze is the largest active wildfire in US, but one of only 11 major wildfires in California.

As of early Sunday it had destroyed 463,477 acres (187,562 hectares), up from the previous day’s 447,723 acres. It now covers an area larger than Los Angeles and roughly the size of the Hawaiian island of Maui.

The Dixie blaze is the largest active wildfire in the United States, but one of only 11 major wildfires in California.

Over the weekend it surpassed the 2018 Mendocino Complex Fire to make it the second-worst fire in state history, the authorities said.

The blaze, which on Saturday left three firefighters injured, remained 21 percent contained Sunday, unchanged from the day before, the CalFire website reported.

Crews estimate the fire, which began July 13, will not finally be extinguished before August 20.

Weak winds and higher humidity were providing some succor to firefighters, but they are bracing for higher temperatures expected to exceed 100 degrees Fahrenheit (38 centigrade) by midweek.

Thousands of residents have fled the area, many finding temporary housing — even living in tents — in the area, often unsure whether their homes have survived.

On Saturday, the Plumas County sheriff’s office said it had received descriptions of five people considered missing in Greenville and was searching for them.

Five other missing people were confirmed found on Saturday.

The Dixie Fire has already destroyed 404 structures — gutting the historic town of Greenville — and CalFire said workers were being deployed in an effort to save homes in the towns of Crescent Mills and Hunt valley.

More than 5,000 personnel are now battling the Dixie blaze.

By late July, the number of acres burned in California was up more than 250 percent from 2020 — itself the worst year of wildfires in the state’s modern history.

The state’s eight largest wildfires have all come since December 2017.

A long-term drought that scientists say is driven by climate change has left much of the western United States and Canada parched — and vulnerable to explosive and highly destructive fires.