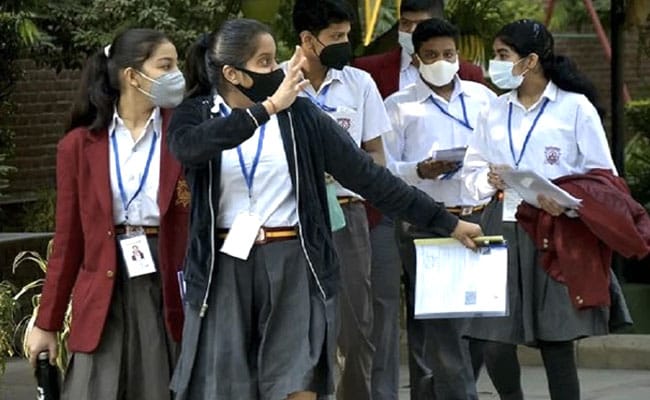 First such instance, when the academic session was divided into two terms.

The rise in pass percentage in board exams as against the pre-pandemic scores can in part be attributed to the 2021-22 academic session being split into two terms, according to school principals.

In a first such instance, the academic session was divided into two terms last session.

“It has naturally led to a more refined comprehension and understanding of topics, which has also led to an improvement in their answer writings. They are better able to grasp the chapters, with more time in hand and also do sufficient revisions before going to give exams,” she said.

According to Sangeeta Hajela, Principal, DPS Indirapuram, the split was naturally more efficient, than to prepare for a vast exam syllabus for one final exam.

“As they have a comparatively shorter syllabus to grasp, it has led to an increase in their understanding levels, retention capacity, and revision-focused studies. The terminal exams have left a room open for repeated revisions, which students earlier used to ignore due to the enormous syllabus they had to study for,” Ms Hajela said.

“The clearer understanding of topics is also depicted in their answer scripts, where they are emphasising more on writing value-based answers rather than long, trite answers,” she said.

The results for the 2022 examination for classes 10 and 12 were announced on Friday.

“With more time and less syllabus to cover due to the terminal exams, students are able to perform well in exams, with most of them scoring above 90 or 95 pc. The syllabus was divided, and it had eased off the study pressures on students and reduced the dependency on midnight revisions,” said Anshu Mittal, Principal, MRG School, Rohini.

“They had reduced syllabus to grasp in each term, leading to a more concrete and crisp understanding of subject topics and chapters. It is clearly reflected in their pre-Board answer writing practice and mock tests.

“It depicts a more precise, clear, and pristine discernment of complex and abstruse topics, which fetches them more marks for clarity and expression in the terminal exams,” she added.

Pooja Bose, Principal, Pacific World School, Greater Noida, said since the Board exams took place in two terms, it had definitely increased students’ efficiency as the syllabus distribution was even.

“Students had developed a seasoned understanding of chapters and subjects, which they earlier found challenging to comprehend as they had a definite time before exams.

“It also led to a decrease in their procrastination habits which helped them study in a time-bound and responsible manner. The substance and grist of their answers saw a vast improvement, which has increased their marks immensely in board exams,” she said.

The board officials, however, claimed that this academic session was a “special one” and cannot be compared with previous sessions.

“COVID, non-conduct of classes, holding examinations two times, conducting an objective type examination, giving replies on OMRs, evaluation by schools etc, has made this session a special one and thus it cannot be compared with any of the previous sessions,” CBSE Examination Controller Sanyam Bhardwaj said.

CBSE has decided to go back to the conventional practice of holding board exams once a year.