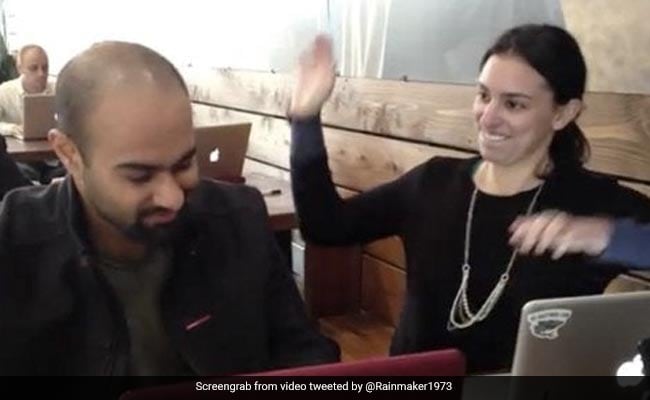 Maneesh Sethi, CEO of Pavlok, once hired a woman to slap him for opening Facebook

Maneesh Sethi, the Indian-American founder and CEO of wearable device company Pavlok, once hired a woman off Craigslist to slap him every time he opened Facebook in a move that has left Elon Musk impressed.

In 2012, Mr Sethi realised he wanted to increase his productivity, so he went to Craigslist looking for a person who would be willing to slap him every time he opened Facebook while he was supposed to be working. “I hired a girl on Craigslist to slap me in the face everytime I used Facebook,” he explained in his blog, adding that the results of his experiment were astounding. According to the Pavlok CEO, he hired a woman named Kara for $8 an hour to slap him every time he strayed off task – and his productivity skyrocketed to 98%.

A photo of Mr Sethi being slapped by Kara for opening Facebook recently resurfaced on Twitter and caught the eye of Elon Musk.

The CEO of Tesla and SpaceX responded to the picture with two fire emoji. The emoji is used to signify something cool or awe-inspiring.

While Mr Musk’s tweet has racked up nearly 10,000 ‘likes’, it left Mr Sethi with more questions than answers.

“Is Elon Musk giving me two emojis the highest I’ll ever reach?” he asked in the comments section, wondering if the emoji were meant to signify his “‘Icarus flying too close to the sun’ moment.”

I’m the guy in this picture. Is @elonmusk giving me two emojis the highest I’ll ever reach? Is this my icarus flying too close to the sun moment? Was that implied by the fire symbols elon posted? Time will tell.

As CEO of Tesla and SpaceX — companies that have turned him into one of the world’s richest men — Elon Musk has a lot going on. Little wonder, then, that he has some tricks of his own to increase productivity. Here is a look at some productivity rules that Mr Musk once shared with his employees in a letter.