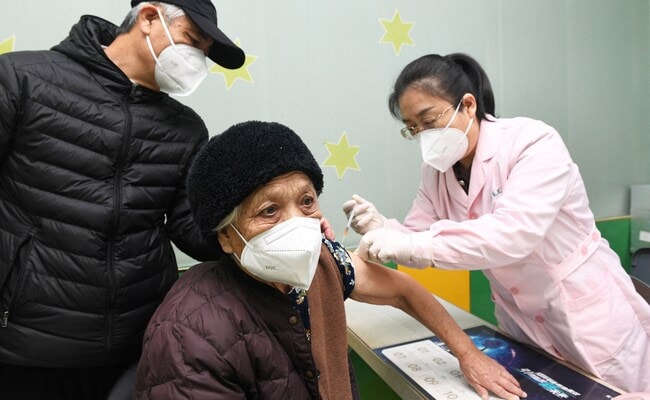 China raced to vaccinate its most vulnerable people on Thursday in anticipation of waves of COVID-19 infections, with some analysts expecting the death count to soar after a loosening of strict controls that kept the pandemic at bay for three years.

The push comes as the World Health Organisation also raised concerns that China’s 1.4 billion population was not adequately vaccinated, and the United States offered to help China deal with a surge in infections.

The pivot away from President Xi Jinping’s signature “zero-COVID” policy followed unprecedented widespread protests against it. But, WHO emergencies director Mike Ryan said COVID-19 infections were exploding in China well before the government’s decision to phase out its stringent regime.

“There’s a narrative at the moment that China lifted the restrictions and all of a sudden the disease is out of control,” Ryan told a briefing in Geneva.

“The disease was spreading intensively because I believe the control measures in themselves were not stopping the disease. And I believe China decided strategically that was not the best option anymore.”

There are increasing signs of chaos during China’s exit from the zero-COVID policy – with long queues outside fever clinics, runs on medicines, and panic buying across the country.

One video posted online on Wednesday showed more than 10 people, wearing thick winter clothes, hooked up to intravenous drips as they sat on stools on the street outside a hospital clinic in central Hubei province. Reuters verified the location of the video.

For all its efforts to quell the virus in the three years since it erupted in the central city of Wuhan, China may now pay a price for shielding a population that lacks “herd immunity” and has low vaccination rates among the elderly, analysts say.

“Authorities have let cases in Beijing and other cities spread to the point where resuming restrictions, testing, and tracing would be largely ineffective in bringing outbreaks under control,” analysts at Eurasia Group said in a note on Thursday.

“Upward of 1 million people could die from COVID in the coming months.”

China has said around 90% of its population is vaccinated and its National Health Commission (NHC) on Wednesday announced it would roll out the second COVID-19 vaccine booster shots for high-risk groups and elderly people over 60 years old.

China reported 2,000 new symptomatic COVID-19 infections for Dec. 14, compared with 2,291 a day. The official figures have become an unreliable guide as less testing is being done in the country.

NHC spokesperson Mi Feng said on Wednesday it was necessary to accelerate the promotion of vaccinations, according to comments reported by state media.

Vaccinations in China have been ramping up in recent days. The latest official data shows it administered 1.43 million shots on Tuesday, well above rates in November of around 100,000 – 200,000 doses a day.

In total, it has administered 3.45 billion shots, the data shows.

But citing low vaccination rates among the elderly, one care home in Shanghai said on Wednesday it was barring visitors and non-essential deliveries as well as stockpiling medicines, tests kits and protective equipment.

“We are racking our brains on how to ensure the safety of your grandparents,” the Yuepu Tianyi Nursing Home wrote in a letter posted on its official WeChat account page.

Beijing has been largely resistant to western vaccines and treatments, having relied on locally-made shots.

Pfizer’s oral COVID-19 treatment Paxlovid is one of the few foreign ones it has approved.

The treatment, however, has only been available in hospitals for high-risk patients, but signs have appeared in recent days that it may soon be available to the wider public. China Meheco Group Co Ltd said on Wednesday it signed a deal to import the U.S. drugmaker’s treatment.

As the virus spreads, President Xi, his ruling Politburo and senior government officials began a two-day meeting to plot a recovery for China’s battered economy, according to sources with knowledge of the matter.

Policy insiders say the leadership is likely to chart further stimulus steps and discuss growth targets at the closed-door annual Central Economic Work Conference in Beijing, and the official Xinhua news agency said plans would be made to boost domestic consumption and investment.

The world’s second-largest economy lost more steam in November as factory output growth slowed and retail sales extended declines, both missing forecasts and clocking their worst readings since May, data on Thursday showed.

Economists estimate that China’s growth has slowed to around 3% this year, far below the official target of around 5.5%, marking one of China’s worst performances in almost half a century.