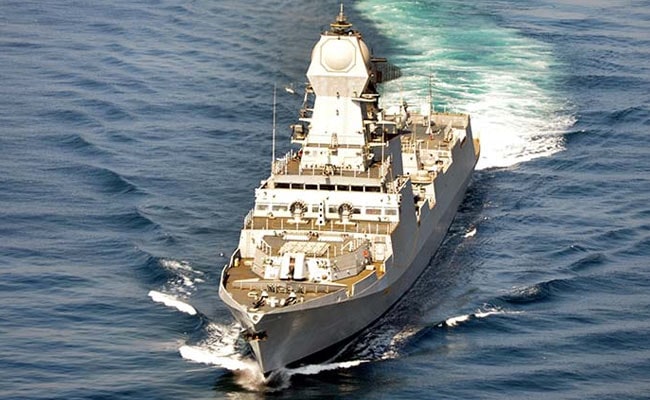 The vessel set sail from Germany last month for a six-month mission. (Representational)

China has denied a German warship on a mission to the contested South China Sea entry into a harbour, a German foreign ministry spokesperson said on Wednesday.

The ship involved is the frigate Bayern, the spokesperson told a news briefing, but did not identify the Chinese harbour. The vessel set sail from Germany last month for a six-month mission to the South China Sea.

“China has decided that it does not want a harbour visit, and we took notice of that,” the spokesperson said.

China’s foreign ministry spokesman, Zhao Lijian, when asked about the incident, said that China hoped countries outside the region would play a “constructive role” and respect regional countries efforts’ to maintain peace and stability.

“China attaches great importance to the development of an all-round strategic partnership between China and Germany, including cooperation between the two militaries,” he said, speaking at a briefing in Beijing on Thursday.

China’s defence ministry has not responded to requests for comment.

China claims almost all of the South China Sea and has established military outposts on artificial islands in the waters that contain gas fields and rich fishing.

China’s claims are contested in part by some of its neighbours including the Philippines, Vietnam, Malaysia and Brunei.

The United States and some other countries have also said they do not accept the extent of China’s claims in the South China Sea.

Berlin has made it clear that the Bayern mission serves to stress the fact Germany does not accept China’s claims though officials have said the German navy would stick to common trade routes.