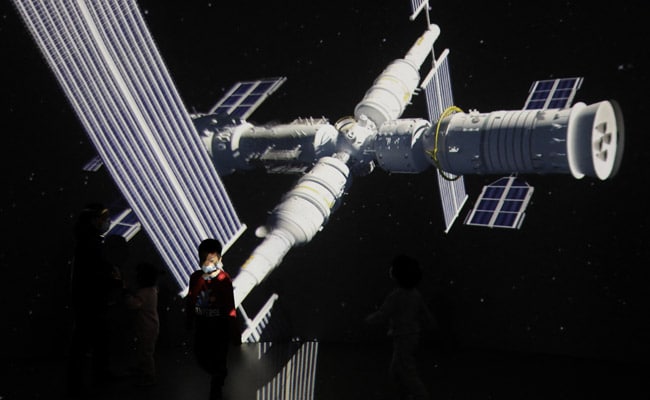 China Space Mission: Crews will use airlock cabin to carry out extravehicular activities for first time.

China has unveiled the country’s space missions crews of Shenzhou-14 and Shenzhou-15 missions who are undergoing relevant training and mission preparations.

In a press conference on Sunday, Huang Weifen, chief designer of the China manned space program’s astronaut system said that both crews will stay in orbit for six months, and they will for the first time rotate in orbit to realize the uninterrupted manned residence.

The two crews, totalling six astronauts, will live together in orbit for five to 10 days.

According to the news agency, the Shenzhou-14 crew will cooperate with ground control to complete the assembly and construction of the space station, and gradually develop it from a single-module space station into a three-module combination.

Huang said the Shenzhou-14 crew will enter the Wentian and Mengtian lab modules. They will also cooperate with ground control to carry out tests on the two-module complex, the three-module complex, the station’s large and small mechanical arms, and the exit function of the airlock cabin in the lab modules, she said.

They will use the airlock cabin to carry out extravehicular activities for the first time.

Huang said the Shenzhou-15 crew will carry out several extravehicular activities; assemble, test and debug the payloads inside modules; and control the mechanical arms to install extravehicular payloads.

They will also operate, manage and maintain the largest complex composed of three modules and three spacecraft, Xinhua reported.