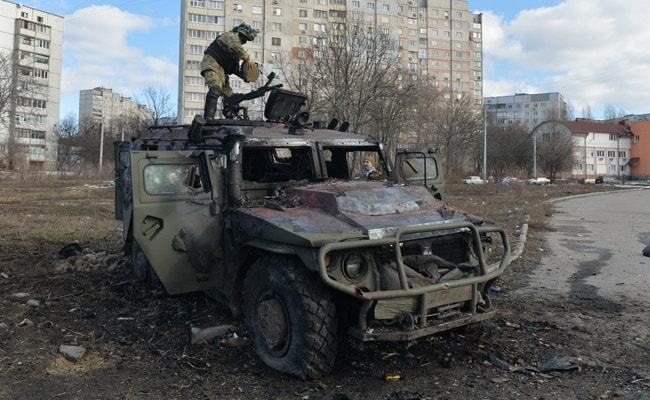 The UK minister said she had spoken to S Jaishankar to encourage an anti-Russia stand. (Representational)

Britain said on Monday that India’s stance on the Russia-Ukraine conflict was the result of its dependence on Russia and therefore the way forward would be to ensure closer economic and defence ties between India and the UK.

Foreign Secretary Liz Truss was asked about India’s stance during a hearing of the UK Parliament’s Foreign Affairs Committee (FAC), the influential cross-party panel responsible for examining the administration and policy of the Foreign, Commonwealth and Development Office (FCDO).

The minister confirmed that she had spoken to External Affairs Minister S Jaishankar to encourage a stand against Russian actions in Ukraine.

“I have spoken to my counterpart, Minister Jaishankar, and encouraged India to stand against Russia and made it very clear that we see this as a violation of sovereignty, that every country that believes in freedom and democracy should absolutely abhor,” said Truss.

Referencing the ongoing free trade agreement (FTA) negotiations, which entered its second phase in London on Monday, the minister said the aim was to bring India closer into a circle of democratic nations.

“I have been to India as Foreign Secretary. We are working on those closer security links, we have done joint exercises – for example, we had the Carrier Strike Group operating with India. We are looking at areas like security, we are now negotiating a trade agreement — this is the way that we are going to bring India closer into a circle of countries that support freedom, democracy and sovereignty,” the minister added.

The chair of the FAC, Conservative Party MP Tom Tugendhat, had specifically asked Truss for her view on why she thought India “did not vote alongside the other 141 countries” against Russia.

India has so far abstained in all Ukraine-related votes condemning Russian action at the UN, including on a resolution each in the Security Council, General Assembly and Human Rights Council. It has stressed on the need for an immediate end to violence in favour of a path of diplomacy.