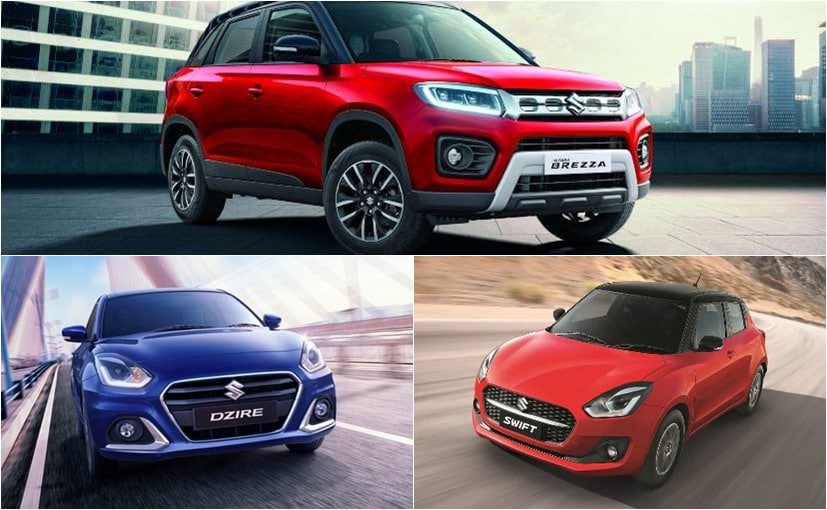 Details regarding the engine specification of the Maruti Suzuki Vitara Brezza CNG have leaked online, just days after reports about the Swift CNG and Dzire CNG’s specifications surfaced on the internet.

Maruti Suzuki India currently offers the largest line-up of company fitted CNG cars in the country. Most of Maruti Suzuki Arena’s models, including the Ertiga MPV, are currently offered in CNG variants, and the carmaker might be considering adding CNG kits to the remaining cars as well. New details regarding the engine specification of the Vitara Brezza CNG have leaked online, indicating that the subcompact SUV with a factory-fitted CNG kit might be in the works. The information comes in just days after reports about the Swift CNG and Dzire CNG’s specifications surfaced on the internet.

We did reach out to Maruti Suzuki India to confirm the possibility of seeing the CNG version of the aforementioned models, however, a company spokesperson replied to our email saying, “As a policy, we don’t give guidance on future product plan”. We even spoke to some of the Maruti Suzuki Arena dealers, who told us that right now there’s no information on CNG options for the Swift, Dzire, or the Vitara Brezza. A couple of dealers did mention that Dzire CNG is expected to be launched in India, however, as of now, they do not have a launch timeline. 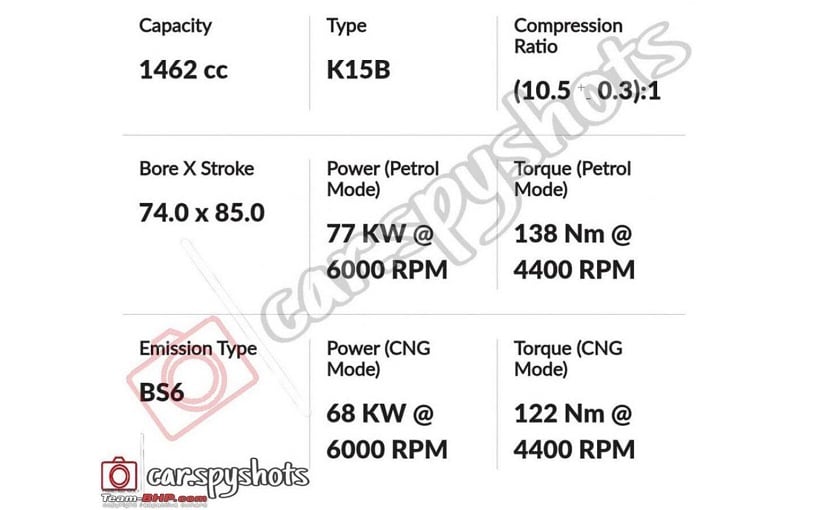 According to the leaked data, the Maruti Suzuki Vitara Brezza CNG will continue to feature the 1.5-litre K15B petrol engine, which will come mated to a CNG kit. In petrol mode, the output remains unchanged as 103 bhp and 138 Nm of peak torque, however, in CNG mode, the power output drops to 91 bhp and 122 Nm of peak torque. The engine is likely to be paired with a 5-speed manual transmission as standard.

Also Read: Maruti Suzuki Increases Price Of Swift And All CNG Models By Up To ₹ 15,000 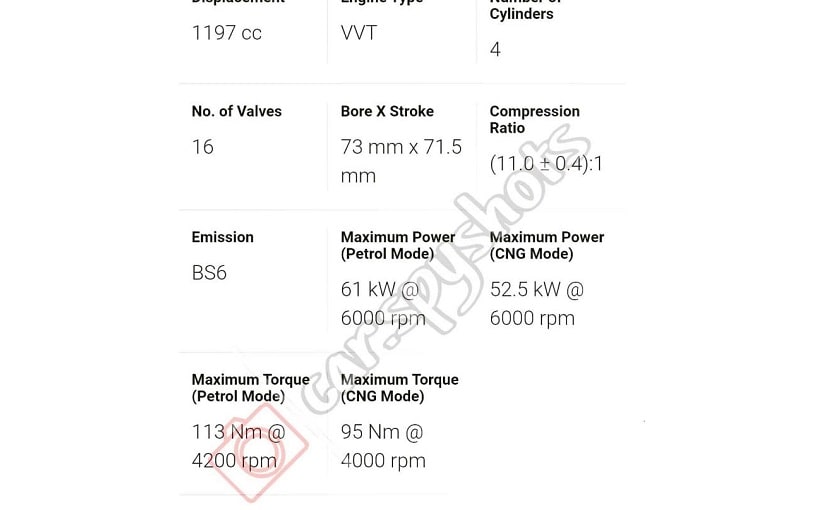 The Swift and Dzire models will get a 1.2-litre VVT petrol engine paired with a CNG kit

As for the Swift and Dzire, the cars will get a 1.2-litre VVT petrol engine paired with a CNG kit. In petrol mode the engine develops 82 bhp and 113 Nm of peak torque, while in CNG mode the output drops to 70 bhp and 95 Nm of peak torque. In both cases, the engine will come mated to a 5-speed manual gearbox as standard.

Like the existing S-CNG cars in the company line the CNG versions of the Swift, Dzire, and the Vitara Brezza are also likely to come with dual inter-dependent ECUs, along with revised suspension and brakes to match the added weight of the CNG tank. Right now, Maruti Suzuki India offers a factory-fitted CNG option for the S-Presso, Alto, WagonR, Celerio, Ertiga and Eeco.