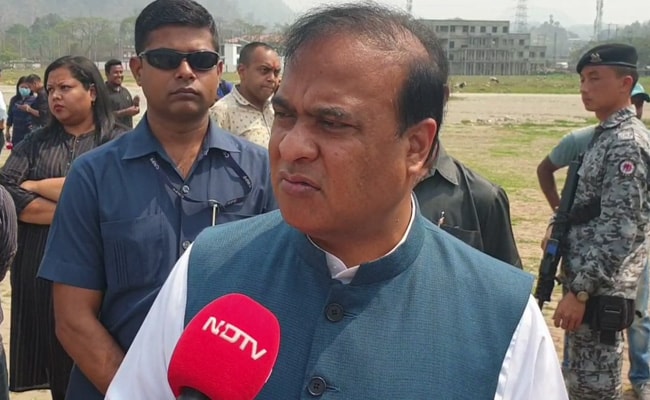 There is no space in people’s mind on CAA or any debate on that, Himanta Biswa Sarma said

Assam Cabinet Minister and BJP’s key strategist for northeast Himanta Biswa Sarma today said the party remains committed to the Citizenship Amendment Act in Assam even though it is not at the forefront of the issues related to the coming assembly election in the state.

The BJP has built its campaign on the development issue, which it feels have more resonance in the northeast which has carried the perception of being othered by the mainland for decades.

“We are committed to the CAA, (though) it is not a poll issue in Assam,” Mr Sharma told NDTV in an exclusive interview today.

“I think in every place where the CAA question was asked, we have replied. But post-Covid, people do not want to hear anything that would bring back agitation in the street, either for or against,” Mr Sarma said. “There is no space in people’s mind on CAA or any debate on that,” he added.

The BJP, he said, addresses people “on what they want to hear”. This, he added, is because retaining Assam is important for the next phase of the BJP’s national expansion. So the party’s agenda, he said, is centred on development, and what he called “civilisation conflict” that has been an issue in Assam for decades.

The BJP’s political rivals thought – Congress in Assam and Chief Minister Mamata Banerjee in Bengal – have made the controversial law into a key election issue.

“It is the BJP that is playing divisive politics here in Assam. They talk of politics of civilisation when they have emerged as the greatest threat to Assamese identity,” said AICC general secretary in charge of Assam, Jitendra Singh.

In Bengal, Chief Minister Mamata Banerjee, in a stinging attack on the BJP, today said, “They (the BJP) are also raising CAA, NRC. Can I give my mother’s birth certificate? I cannot. Those who can’t, will be kicked off to Bangladesh”.

In a first, the Citizenship Amendment Act makes religion the test of Indian citizenship. The government says it would help non-Muslim refugees from three Muslim-dominated neighbouring countries if they fled to India because of religious persecution.

Critics say the bill discriminates against Muslims and violates secular tenets of the Constitution.

Taken together, the CAA, the National Registry of Citizens and the National Population Register had unleashed a storm of protests across the country before the coronavirus outbreak put everything on hold.