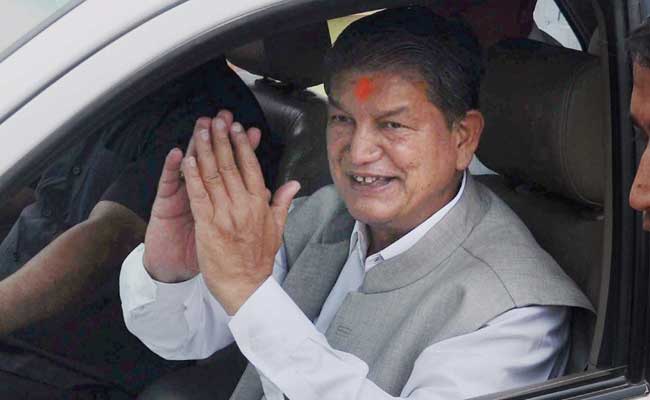 A day after former Uttarakhand Chief Minister Harish Rawat took a swipe at the Congress leadership ahead of the assembly election in the state over “lack of cooperation” from the state unit, Mr Rawat spoke of being a party loyalist who has devoted his life to the welfare of the state.

Mr Rawat, who left for Delhi to meet the party leadership, also met with his supporters in Haridwar at an event and paid tributes to former Prime Minister Chaudhary Charan Singh on his birth anniversary.

Mr Rawat on Wednesday took a swipe at the Congress leadership, saying the “nominees of those whose directions one has to swim (in the electoral battle) are tying my hands and feet”.

In tweets, Mr Rawat expressed worries at factionalism in the state unit, saying there was “non-cooperation” from the party in the state at most places. He said a thought has been crossing his mind that “it is time to rest”.

Mr Rawat, a member of the Congress Working Committee, is seen as the party’s face for the elections in Uttarakhand.

“Isn’t it strange, one has to swim in the sea in the form of the forthcoming electoral battle, instead of cooperation? The organisational structure at most places is turning its face away or is playing a negative role,” Mr Rawat tweeted.

“There are many crocodiles of the ruling dispensation. On whose directions one has to swim, their nominees are tying my hands and feet,” he added.

Captain Amarinder Singh, who resigned as Punjab Chief Minister earlier this year and floated his own party, took a dig at Mr Rawat over his tweets. “You reap what you sow! All the best for your future endeavours (if there are any) @harishrawatcmukji,” he tweet.

Congress leader Manish Tewari also took a swipe at Mr Rawat, who was party in-charge of both Punjab and Assam, over the way matters were being held in poll-bound Uttarakhand. Mr Rawat resigned as Assam in-charge of Congress after the party’s poor performance in the 2019 Lok Sabha election.