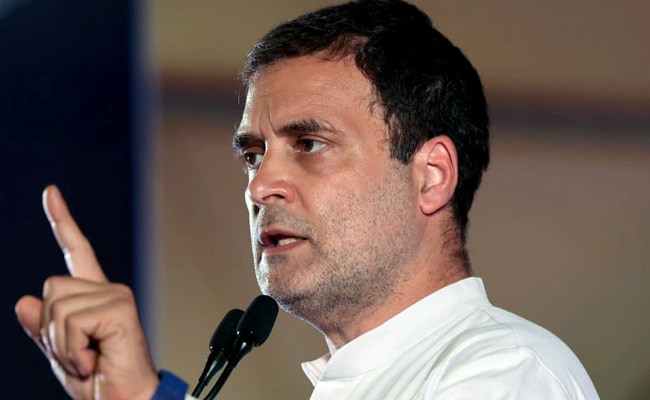 Rahul Gandhi had earlier said that his following has virtually been frozen since August 2021.

Months after Congress leader Rahul Gandhi alleged that his followers on micro-blogging site Twitter were being restricted, the Opposition party on Monday said that subsequent gains in followers prove that the earlier freeze in the count “was guided by an external influence”.

“The Twitter followers of Rahul Gandhi has touched the 20 Million mark. His letter to Twitter CEO and the rise in numbers of followers later proves that the freeze on the count was guided by an external influence on Twitter,” tweeted Congress.

In a letter addressed to Twitter’s CEO Parag Agrawal on December 27, the Wayanad MP had said, “I believe Twitter’s unwitting complicity in curbing free and fair speech in India.”

Stating that his following has virtually been frozen since August 2021, when his account was briefly locked, the Congress leader had said that earlier he was gaining new followers at the rate of over 2.3 lakh per month, which had even gone up to 6.5 lakh in certain months.

He had also shared an analysis of data from his Twitter account, showing that the number of followers, which then stood at 19.6 million, had barely increased for several months.

The Congress spokesperson Supriya Shrinate had slammed the Central government over the issue by saying that “Rahul Gandhi’s number of followers, which used to grow rapidly, has decreased. The dictator government is not even sparing the social media platform.”

However, replying to the allegations, Twitter spokesperson had said that the “follower counts are a visible feature and we want everyone to have confidence that numbers are meaningful and accurate. Twitter has a zero-tolerance approach to platform manipulation and spam.”