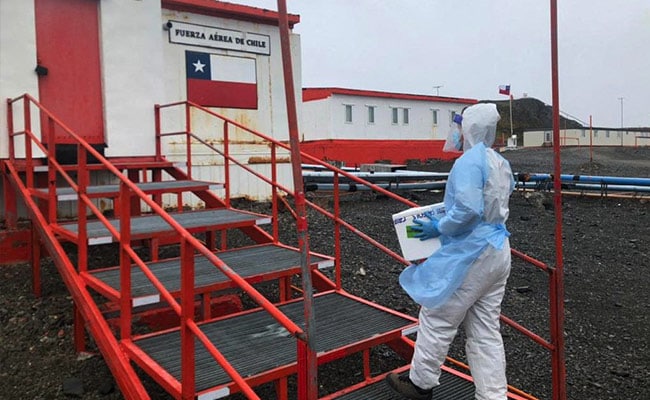 None of those vaccinated “have shown any allergic reaction of any type,” a doctor said.

The coronavirus vaccine has reached Antarctica after Chile immunized 49 people on the continent, the South American country’s air force said on Wednesday.

Chile’s immunization program has received many plaudits as authorities have managed to give five million people — almost a third of the population — at least one vaccine dose.

And on Sunday, it even started immunizing members of the armed forces and scientific researchers stationed at the Presidente Eduardo Frei Montalva air base in Antarctica, with a further 53 people at the base set to receive their first dose in the coming days.

None of those vaccinated, all aged between 25 and 58, “have shown any allergic reaction of any type,” Victor Videla, the doctor in charge of the immunization program, told AFP.

People stationed at two other Chilean bases in Antarctica are due to receive their first doses, but those were delayed by adverse weather conditions, Videla said.

Antarctica was one of the last places on Earth to be affected by the virus, but on December 21, an outbreak was reported at a Chilean army base, with 36 people infected.

To protect the continent, all tourist visits to Antarctica were canceled, unessential personnel were evacuated and contact between the 40 international bases in the area was prohibited.