Hero MotoSports Team Rally rider Franco Caimi did not fully recover from his injuries for the upcoming 2022 Dakar Rally and will have to sit this one out.

Hero MotoSports Team Rally, the motorsport team of Hero MotoCorp, has announced a change in its rider line-up for the 2022 Dakar Rally. The team has announced that rider Franco Caimi will not be able to compete in the upcoming rally due to an injury. The five-time Dakar rally participant injured himself in Dubai recently and was expected to be fit in time for Dakar 2022. However, the rider has been asked to withdraw from the campaign and focus on a full recovery instead. Hero has confirmed that Aaron Mare, will be stepping in place of Caimi and will join the 2022 campaign alongside Joaquim Rodrigues. 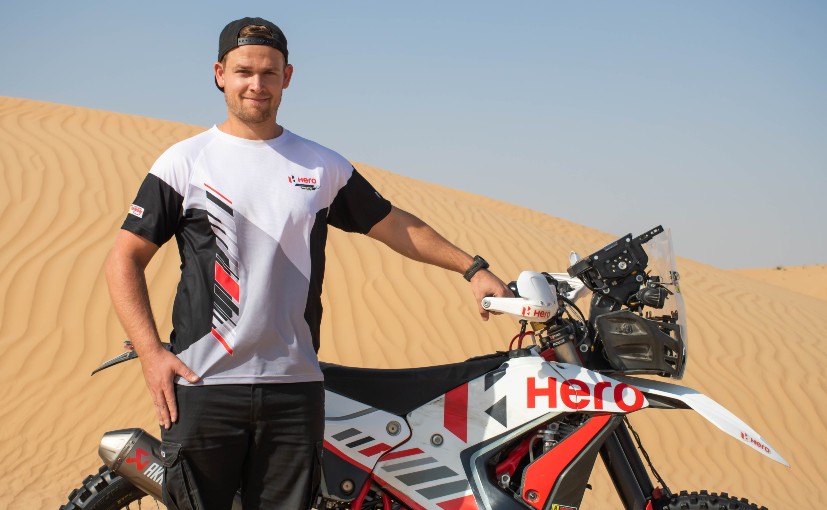 Caimi will now focus his efforts on the Abu Dhabi Desert Challenge in March 2022. This would have been Franco’s first Dakar with Hero MotoSports. The rider had joined the team in April 2021. Meanwhile, South African rider Aaron Mare will be making his second appearance at Dakar and first with Hero MotoSports. The rider has had an illustrious career across Europe and the US. He has been racing in the deserts of Dubai since 2016 and won the UAE Baja Championship, Dubai International Baja, and Emirates Desert Championship.

Aaron also won the Desert Storm Rally 2019 in Jaisalmer, India. He also won the UAE Desert Championship 2021, and finished fourth in the Abu Dhabi Desert Challenge behind Rodrigues earlier this year. Apart from Caimi, Hero riders Sebastian Buhler and CS Santosh had to withdraw from the 2022 Dakar campaign due to injuries in different incidents.