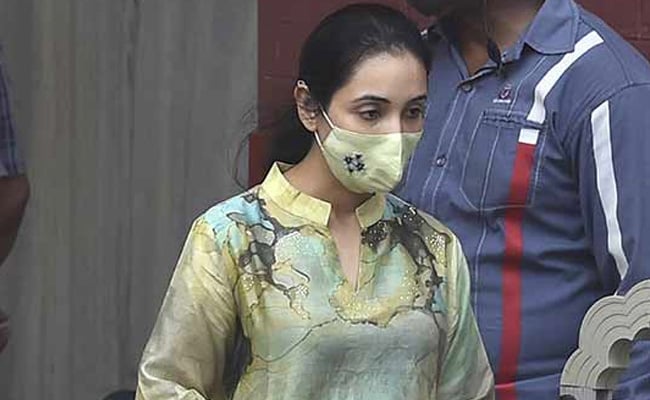 The couple have moved Delhi High Court, saying they should not be compelled to join the probe in Delhi.

A Delhi court today summoned Trinamool Congress MP Abhishek Banerjee’s wife Rujira on a complaint filed by the Enforcement Directorate for allegedly refusing to join the probe in a money laundering case linked to an alleged coal scam in West Bengal.

Chief Metropolitan Magistrate Pankaj Sharma directed her to appear before the court on September 30.

In its complaint, the ED alleged that Rujira has refused to appear before the agency here despite repeated summons issued to her.

The couple yesterday approached the Delhi High Court, seeking quashing of summons issued to them by the ED for questioning in the money laundering case, saying they are residents of Kolkata and should not be compelled to join the probe in the national capital.

Mr Banerjee, nephew of West Bengal Chief Minister Mamata Banerjee, and his wife have challenged the September 10 summons and also sought directions to the ED not to summon them for their appearance in Delhi and thereby not compelling them to join the investigation in the instant case here.

The 33-year-old MP represents the Diamond Harbour seat in Lok Sabha and is the national general secretary of the Trinamool Congress.

The plea before the high court also said that a greater degree of protection is granted to a woman under Section 160 of the CrPC, which mandates that she shall not be required to attend any place other than where she resides.

It claimed the repeated issuance of summons to Rujira to appear before the ED was ex-facie illegal and mala fide and sought the court’s intervention before any coercive measures are resorted to by the agency.

The ED lodged the case under the provisions of the Prevention of Money Laundering Act on the basis of a November 2020 FIR registered by the CBI that alleged a multi-crore coal pilferage scam related to Eastern Coalfields Ltd mines in the state’s Kunustoria and Kajora areas in and around Asansol.

Local coal operative Anup Majhi alias Lala is alleged to be the prime suspect in the case.

The ED had earlier claimed that Abhishek Banerjee was a beneficiary of funds obtained from this illegal trade. He has denied all charges.

Abhishek Banerjee said the ED has repeatedly summoned him and his wife for examination in person in Delhi without supplying a copy of the ECIR (Enforcement Case Information Report) and without specifying whether they are being summoned as witnesses or accused, nor indicating the scope of the investigation being carried out.

He said their examination may take place in Kolkata where ED has a functional and fully equipped zonal office.