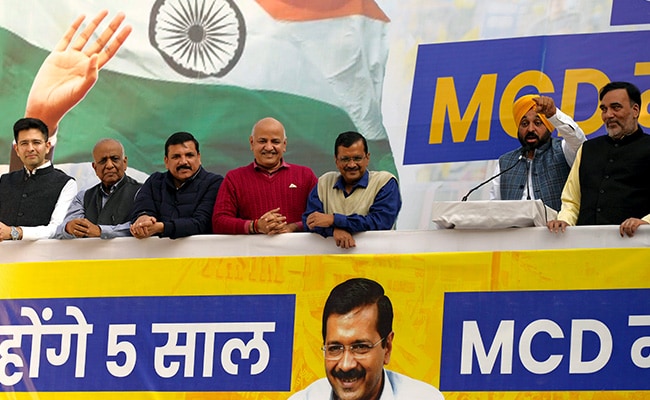 The AAP has divided Delhi into 12 zones and given the responsibility of three zones each to four senior leaders, a party statement said on Saturday.

These four leaders will coordinate with the councillors of their zones, hold meetings and visit their areas to understand the problems faced by local residents, it said.

The 12 zones are Civil Lines, Rohini, Najafgarh, Narela, Keshavpuram, West Zone, Sadar, Karol Bagh, Shahdara North, Central, South and Shahdara South, an official statement issued on Saturday said. The move comes days after the Aam Aadmi Party wrested power from the BJP in the high-stakes civic polls in the national capital. The Arvind Kejriwal-led party bagged 134 of the 250 wards while the BJP won 104.

AAP leader Adil Khan will be in charge of Civil Lines, Rohini and Najafgarh while Saurabh Bhardwaj will oversee Narela, Keshavpuram and West Zone.

“It was not possible for one person to coordinate with all the councillors and therefore the responsibility has now been divided between four people. All the councillors will be in direct contact with these four senior AAP leaders and will get their assistance in resolving the problems of their areas,” it said.

These senior leaders will prepare a report on councillors, on the basis of which decision will be taken to include them in the committees, it added.