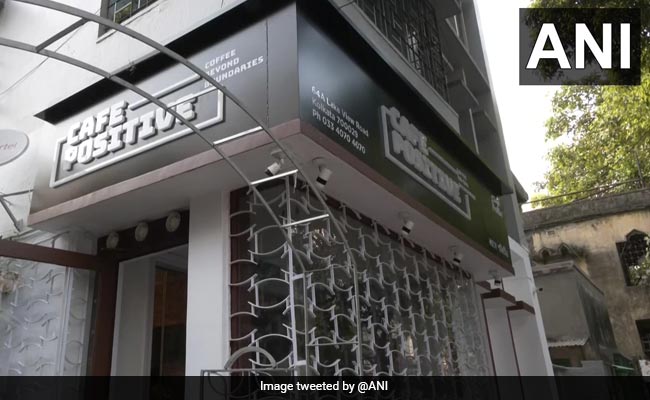 A cafe run by seven HIV-positive youths in Kolkata’s Ballygunge area is attracting prejudice-free customers from all walks of life, besides clearing misconceptions about the disease.

‘Positive Cafe’, first started in a 100-sq ft garage in Jodhpur Park in 2018 by Dr Kallol Ghosh, recently changed address and moved to bigger space in Ballygunge to accommodate the “increasing rush of customers”.

The seven youths do everything from preparing food and beverages, such as coffee, fish and chips to sandwiches, to serving them to the customers.

Dr Ghosh, who claimed that this was the first such cafe in Asia, on Monday told PTI, “Our regular customers don’t have any hang-ups about visiting a place managed by HIV-positive people. We provide every visitor leaflets giving out all details about the cafe.” “Most of them say they don’t have a problem, although some still leave. People in their twenties are very receptive and progressive. It must be kept in mind that HIV does not spread like other contagious diseases,” he said.

Recalling the initial days of struggle, Dr Ghosh, who runs an NGO for HIV-positive children, said that he had difficulty finding a place to set up the cafe but, after some convincing, the landlord of a standalone building in Jodhpur agreed to rent out the garage to him.

“Some neighbours, however, objected to our venture claiming that garbage generated from our cafe may spread AIDS in the vicinity. Mind you, this was an upscale locality in South Kolkata,” he said. “It was a difficult battle but the city never turned its face away. Now, at our new Ballygunge address, a cross-section of Kolkatans — from young professionals, students, executives to homemakers and even celebrities — throng our place without any hesitation. This new address has a bigger space and can handle the rush better,” he said.

Dr Ghosh said the initiative helped HIV-positive teenagers, who contracted the virus for no fault of theirs, to earn a living with their heads held high.

“During the lockdown, the cafe was shut. However, patrons returned shortly after the restrictions were lifted. The NGO took care of the seven employees amid the shutdown,” Dr Ghosh stated.

He added that ‘Positive Cafe’ outlets will be opened in four shopping malls in the city in the coming days.

An 18-year-old youth serving pasta to a group of customers said, “We are no different from others and should not be treated like pariahs. Sidhu da (Siddhartha Ray) of ‘Cactus’ band visited our cafe several times and encouraged us to keep working hard. We thank the city for accepting this cafe.”