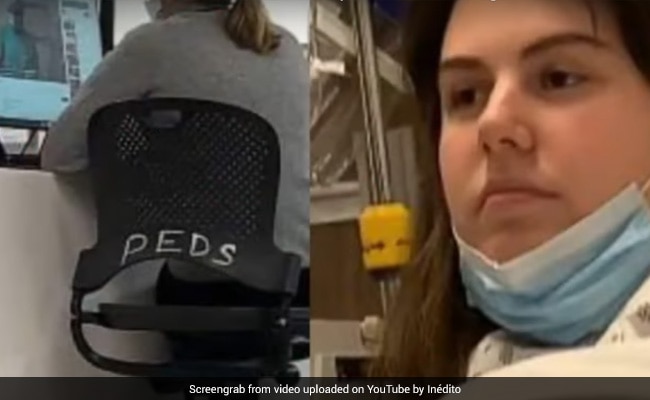 It’s quite common to see DIY craft lovers referring to YouTube videos for information. But to watch a doctor do the same thing came as quite a shock for many people. The act was caught on camera by a TikTok user. The video has now gone viral on social media.

The user filmed the moment when her doctor looked up how to treat her cyst on YouTube. According to reports, the video has been watched over 5 million times on TikTok. In the video, the patient flips the camera towards the doctor, who is seen sitting and watching a YouTube video to brush up on her memory.

The user who captured and uploaded the video on TikTok captioned it, “Got their MD at YouTube university.” The video seems to show the doctor refreshing her memory online.

The video received mixed reactions from social media users. Some people were shocked to see the doctor referring to a YouTube video. One user commented, “How they play with the health of patients.”

But others tried to calm everyone down, saying that doctors often need to refer to online or offline materials to refresh their memory.

One YouTube user wrote, “The difference between the doctor who watches the tutorial and you, me or anyone is that the doctor understands the tutorial, you may want to have alternatives, clarity etc to do something you are trained in but want to reinforce. Remember the tale of the screw? Well, she knows what the screw is and where to place it and it is not too much to review a tutorial to go safer.”

According to a report in Daily Dot, the woman who filmed the video stated the post was made in good faith. She said that she appreciated all doctors and understood that they were not walking encyclopedias. She went on to add that the TikTok video was a joke, and said that she was glad the doctor was able to refresh her memories and assist her throughout the process.