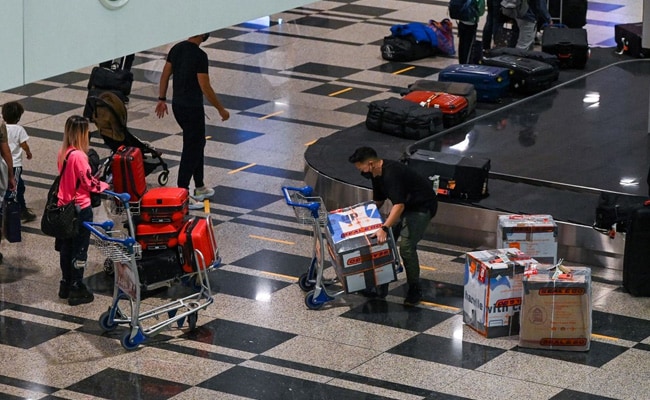 Singapore kept its 5.7 million residents home for more than a year due to the pandemic

Singapore has begun the arduous task of reestablishing itself as Asia’s international aviation hub, throwing its borders open to five more countries as it presses on with plans to reopen and live with Covid.

The city-state will allow quarantine-free travel for fully-vaccinated people from countries including India, Indonesia and Saudi Arabia, it said Monday as it looks to safely move past the pandemic that has kept its 5.7 million residents home for more than a year.

Inoculated visitors from Indonesia and India will be able to enter Singapore from Nov. 29, while those from Saudi Arabia, United Arab Emirates and Qatar will be welcome from Dec. 6 without having to quarantine, the Ministry of Health said in a statement Monday. Unvaccinated children age 12 and under can accompany eligible adults.

Singapore plans to start the arrangement with Indonesia with two designated flights between Singapore and Jakarta everyday, and will increase that to four, Transport Minister S Iswaran said. It’s aiming for two daily flights each to Chennai, Delhi and Mumbai, he said. Both countries were among the top five markets for passenger arrivals at Singapore’s Changi Airport in 2019.

The southeast Asian nation started gradually reopening its borders to general travel in September when it kicked off a vaccinated travel lane with Germany and Brunei. The city-state, home to the world’s best airport for eight years until 2020, has ditched its Covid-Zero policy and pivoted to an approach of living with the virus.

Infection rates are likely to increase as the travel lanes open and the country continues to ease its Covid curbs, a risk officials said they were willing to take given the rising number of vaccinations that have been administered. An average of about 2,700 new infections are being diagnosed each day, a slight decrease from recent weeks as the current outbreak ebbs.

“We should expect higher transmission rates, and infection cases in the coming days and weeks,” said Health Minister Ong Ye Kung, during a briefing with reporters on Monday. “However, while this is happening, we are also administering more booster shots and more people are also recovering safely from infection and become resilient to the virus.”

It’s only a matter of time before natural immunity and protection from vaccines will bring infection rates back down again, he said.

Currently, there are 13 countries, including the US, Canada and Italy, under the VTL program. Malaysia, Finland and Sweden will join the list on Nov. 29. Details on the travel arrangement with Malaysia will be available later this week.

The daily quota for those arriving in Singapore under the VTL program will increase to 10,000 when the latest countries are added to the list, from 6,000, according to the statement. As of Nov. 14, more than 24,000 vaccinated travelers have entered Singapore under these arrangements.

With 85% of its population fully inoculated, the country is trying to tread a path of reopening to rebuild its status as a hub and keeping a tight lid of infections that may overwhelm its health care system.

Passenger traffic at Changi Airport, Asia’s second-busiest for international flights last year, was just 2% of pre-Covid levels in the first nine months of the year.

While Singapore Airlines Ltd. has been losing money due to the pandemic, the travel lanes are already benefitting the carrier. It carried 165,000 passengers in October, up from 136,000 a month earlier.

Singapore is allowing more migrant workers who have been confined to their dormitories to rejoin the community — from 3,000 vaccinated workers per week to 3,000 per day.

Singapore is piloting the resumption of business events as well as sports and live performances with vaccination and testing. This begins with the Milken Institute Asia Summit and Bloomberg New Economy Forum this week, followed by a two-day charity concert later this month.

Officials say they’re working toward a phased resumption of international events, such as the Formula One night racing event that drew droves of international visitors before the pandemic. Singapore is in talks with F1 management and the Singapore Grand Prix on a contract for a renewed term.

Authorities are looking to implement access control and checking systems at food courts to differentiate between patrons who are fully vaccinated and those who aren’t inoculated. Once the systems are in place, up to five people living in the same residence can dine at those places. Currently, this rule only applies to restaurants.