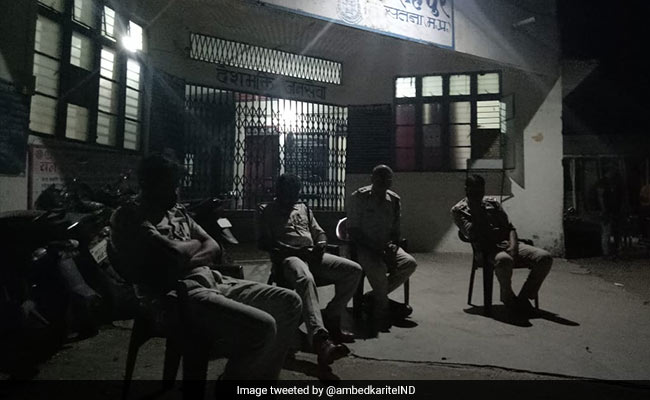 The video of the incident, which occurred on Friday evening, surfaced on social media. (representational)

A police constable in Madhya Pradesh’s Harda district was suspended after a video purportedly showed him taking off his uniform and throwing it towards onlookers on a road, apparently in an inebriated condition, an official said.

The video of the incident, which occurred on Friday evening, surfaced on social media.

“The constable, identified as Sushil Mandavi, was suspended after the video of his act emerged,” Harda Superintendent of Police (SP) Manish Kumar Agrawal said.

The video shows the allegedly drunk police constable and a shirtless man arguing with each other on a road in Harda town with onlookers around them. During their argument, the constable sits on the road on his knees and starts removing his uniform.

Initially, he removes his shirt and throws it towards the onlookers and later also takes off his pair of pants and then continues to argue with the man.

SP Agrawal said that six months back, Mr Mandavi had met with an accident in a drunken state and was advised to undergo counselling at that time.

India’s Covid ‘War’ Plan: How Prepared Are The States?