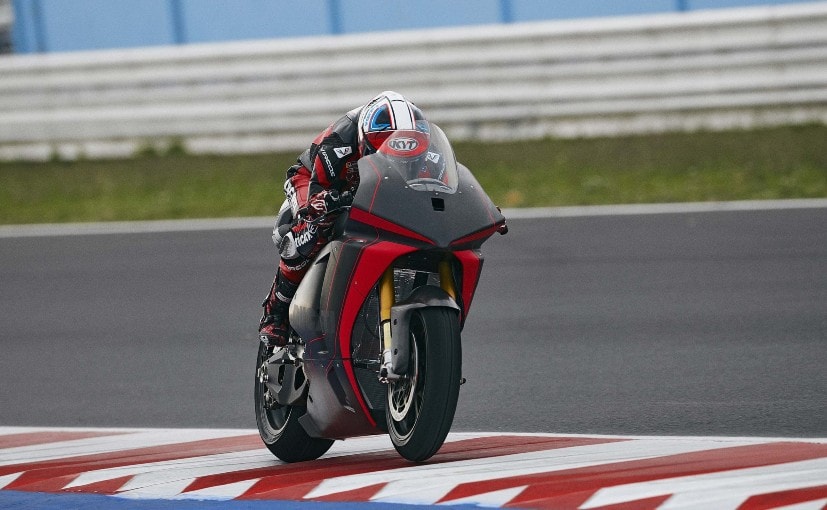 The new Ducati V21L electric race bike will power the grid in the MotoE World Cup starting in 2023 and will replace the Energica Ego Corsa race bikes currently seen on the grid.

Ducati has taken the wraps off its new MotoE project earlier than expected revealing the new V21L electric race bike at the Misano World Circuit. The electric race machine will power the grid in the MotoE World Cup starting in 2023. Ducati announced its intent to be the supplier for the series earlier this year and this marks the Italian motorcycle maker’s foray into the electric vehicle space. The Ducati V21L gets the basic shape of the Italian bike maker quite similar to the concept sketch. It features a double-sided swingarm with an under-braced design and progressive shock linkage. 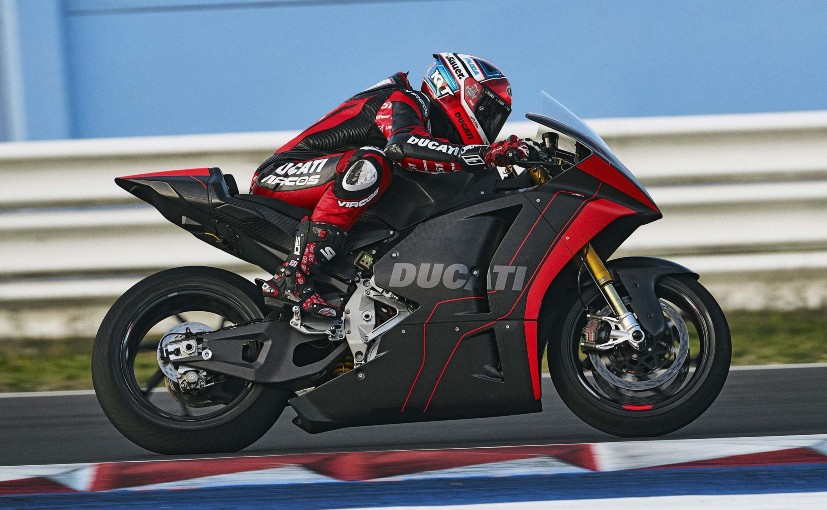 The tail is a self-supporting cabin fibre unit with a solo seat. You can also see a small oil-cooler at the bottom of the bike’s front with a tapped radiator above it. Power and performance figures have not been revealed, so we will have to wait a bit to know more about how to battery management system works on the race machine. Other cycle parts though do look familiar with the Ducati V21L getting Ohlins suspension and Brembo brakes. The wheels come from Marchesini.

Speaking at the unveil, Roberto Canè, Ducati eMobility Director said, “We are experiencing a truly extraordinary moment. I find it hard to believe it is a reality and still not a dream! The first electric Ducati on the track is exceptional not only for its uniqueness but also for the type of undertaking: challenging both for its performance objectives and for its extremely short timescales. Precisely for this reason, the work of the whole team dedicated to the project has been incredible and today’s result repays us for the efforts made in recent months. We are certainly not finished yet; indeed, we know that the road ahead is still very long, but in the meantime, we have laid a first important ‘brick’.” 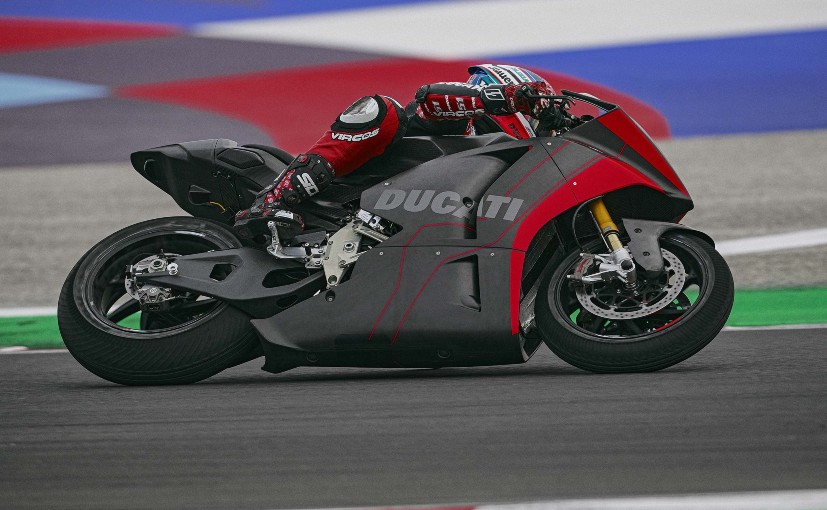 Michele Pirro, Ducati test rider: “Testing the MotoE prototype on the circuit was a great thrill because it marks the beginning of an important chapter in Ducati history. The bike is light and already has a good balance. Furthermore, the throttle connection in the first opening phase and the ergonomics are very similar to those of a MotoGP bike. If it weren’t for the silence and for the fact that in this test, we decided to limit the power output to just 70 per cent of performance, I could easily have imagined that I was riding my bike.”

The new Ducati V21L electric race bike will take over from the Energica Ego Corsa race bike that powers the grid currently. It will be interesting to see how much of a step up is the new bike in terms of performance.