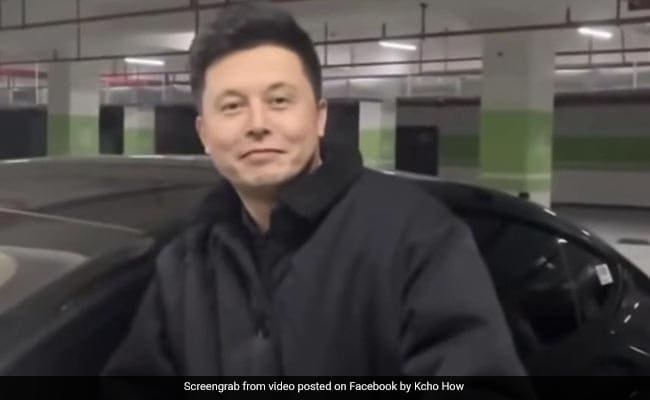 Deepfake or doppelganger? This video of Elon Musk has stunned many.

Internet users have, time and again, managed to find celebrity doppelgangers in the unlikeliest of places. Now, a video of a man who bears a striking resemblance to Tesla chief Elon Musk is going viral online – but there are some who are questioning whether the Elon Musk doppelganger actually exists or if his video is just a clever deepfake.

In the widely-shared clip, the “Chinese Elon Musk” stands next to a car and mimics the Tesla and SpaceX boss. According to the New York Post, the clip was first shared on TikTok and has since reached other platforms like Facebook, where it has racked up thousands of views and hundreds of stunned comments. Watch the video below:

The video of Elon Musk’s lookalike has left many surprised. “Yi Long Musk,” some Facebook users nicknamed the doppelganger. Many others, however, were convinced that the video was actually a work of deepfake.

Deepfakes are falsified videos that are made using AI technology. These fabricated images are typically morphed or superimposed on someone else and they appear so realistic that it is often tough to distinguish a deepfake from an authentic video.

“It’s a deep fake. There’s a small glitch when he speaks as the camera is panning around. It’s in the eyes and the mouth looks delayed,” one Facebook user pointed out.

“I suspect it’s deepfake,” another agreed.

In March, a series of deepfake videos of Tom Cruise had gone viral on social media. The videos were so realistic that millions of social media users had a hard time believing they were not watching the Hollywood star on their screens.