Valtteri Bottas had a run from the pole position to the chequered flag that got him his first victory of 2021, while Max Verstappen and Sergio Perez took P2 and P3, taking the double podium for Red Bull.

Valtteri Bottas took his first victory since the Russian GP last year, and by 14.584s over Verstappen

Valterri Bottas had a dominant weekend as he converted a pole position start into his first win of 2021 in the Formula 1 Turkish Grand Prix. The Mercedes driver led the race as the lights turned green amidst damp conditions while teammate Lewis Hamilton moved up to fifth after starting 11th on the grid following a 10-place penalty. Finishing on the podium behind Bottas was Max Verstappen who held on to P2 after starting in the same position, while Sergio Perez managed to pip Ferrari’s Charles Leclerc for P3 making it a double podium for Red Bull. 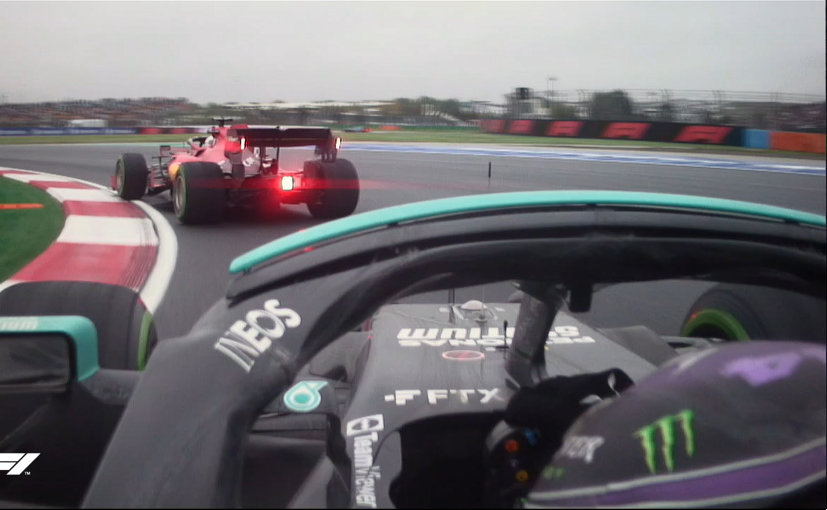 The Istanbul Park ran the Turkish GP in damp conditions as light rain peppered the track before the race. The drivers started on intermediates and Bottas managed to make the most out of his advantage. The top order remained unchanged with Bottas, Verstappen and Leclerc. Meanwhile, Hamilton showed an impressive pace and was quick to climb up the order. By Lap 11, the Mercedes driver was already into the top five passing Alpha Tauri’s Pierre Gasly.

After a fairly long session, the drivers started to pit after Lap 35. Lando Norris in the McLaren was the first one to shift to a new pair of intermediates followed by Verstappen on Lap 37 from P2. Bottas pitted a lap later, which put Leclerc in the lead for the next 10 laps. By Lap 48, Leclerc realised that pitting for new tyres was necessary and the driver decided to make a late entry to the pits and that was enough for Bottas to step back into the top spot in what was a flawless drive right up to the chequered flag. The Fin took his first win since the 2020 Russian GP.

A late pitstop strategy also didn’t pay off for Hamilton who had moved up to P3 following Leclerc’s pitstop but decided to pit for a fresh set of tyres on Lap 51. While he moved to slicks, he couldn’t make too much use of them and eventually finished in fifth place.

Meanwhile, Leclerc managed to get back in the top three as Hamilton made his way to the pits but he couldn’t hold the position for long with Perez passing him on Lap 52. The Red Bull driver took his first podium since France with Leclerc finishing fourth. 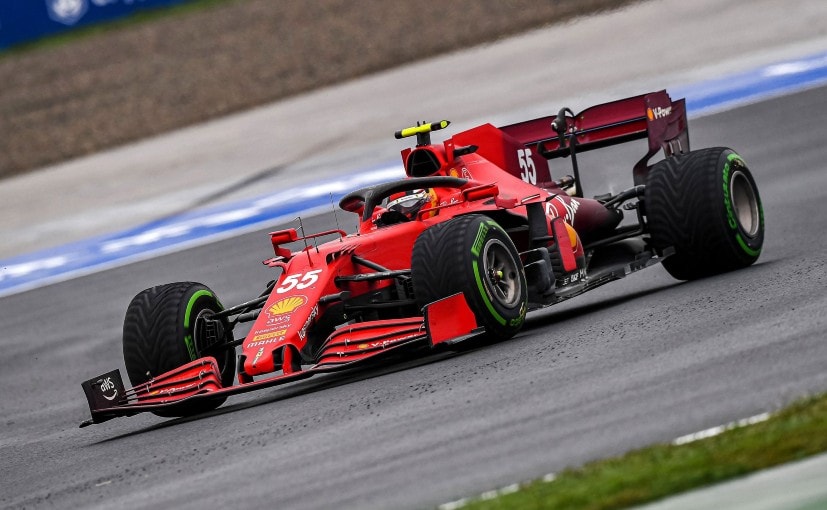 Gasly took sixth, despite a 5-second penalty for a collision with Fernando Alonso on Lap 1, while Norris took P7. Carlos Sainz was had one of the best drives in the race as he started from the back of the grid, courtesy of a new power unit and managed to make a stellar recovery finishing in eighth place. A slow pitstop of 8.1s did play spoilsport in what could’ve been an even better result for the driver.

Aston Martin’s Lance Stroll claimed P9 with Esteban Ocon of Alpine rounding up the top 10. Alfa Romeo’s Antonio Giovinazzi claimed P11 ahead of teammate Kimi Raikkonen, while Daniel Ricciardo finished in P13, ahead of Yuki Tsunoda in the AlphaTauri and George Russell in the Williams.

Fernando Alonso claimed P16 after dropping the order following the early spin but managed to finish ahead of Nicholas Latifi, Sebastian Vettel, and the Haas cars of Mick Schumacher and Nikita Mazepin.

Max Verstappen now leads the drivers’ standings at the end of the 16th race of the season with 262.5 points, while Hamilton is a close second with 256.5 points. Bottas holds third place with 177 points.