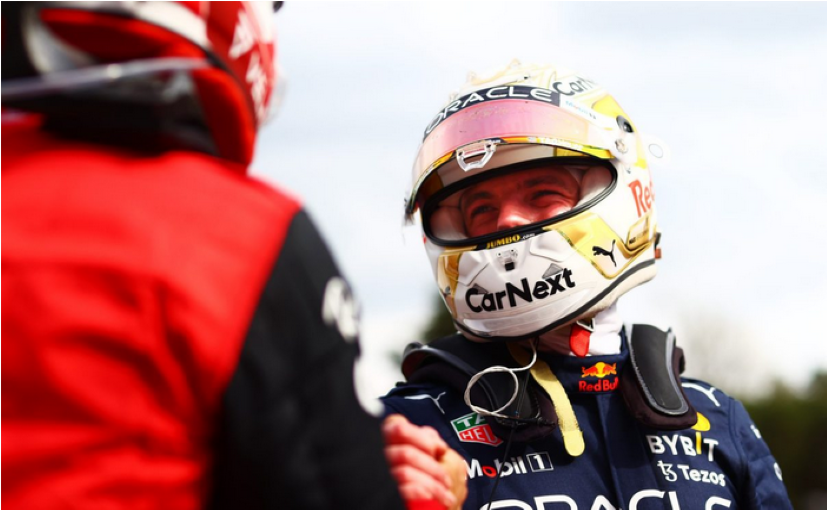 Starting the F1 Sprint from pole position, Max Verstappen struggled to get away and lost his place to Charles Leclerc, but did all things necessary to get the win and pole position for the main race back from the Monegasque.

The first F1 Sprint of the season didn’t fail to impress, as the 21 lap race was filled with drama to the brim. Right from the first lap, the entertainment started to unfold with a great start from Sergio Perez, sending him darting in front of Fernando Alonso. Kevin Magnussen – who started his race on medium tyres – did just about enough to hold off the challenge from Perez and Ricciardo in the first lap who both started the race on softs, same as every other driver in the top 10. A contact with Pierre Gasly sent Zhou Guanyu into the wall as he tried to make a move around the outside, triggering a safety car and bringing the early drama to a halt.

Not the Saturday Guanyu Zhou was hoping for! ????

His #F1Sprint came to a very premature end after contact with Pierre Gasly on the opening lap ????#ImolaGP #F1 pic.twitter.com/hkPuQeS86U

Like his teammate, polesitter Max Verstappen got a great initial reaction at the start too, but his getaway got bogged down because of an issue with the gear sync. Charles Leclerc capitalized on this and grabbed P1 before the first corner. The Monegasque looked comfortable in the lead throughout the race until the last few laps unfolded, where Verstappen steadily caught up with the Ferrari of Charles. Max Verstappen made good use of DRS going down the main straight, and on the penultimate lap of the race passed the Ferrari by going around the outside, disrupting the tifosi cheers. The stars of the race though were the teammates of the two drivers battling it out at the top. Starting in P10 after a crash in Q2 yesterday, Carlos Sainz drove a clean race. Though some of his initial moves were sluggish, he didn’t let his drive get out of shape and made perfect use of the pace of his Ferrari to fight his way up to P4.

Sergio Perez drove an even more spectacular race. Starting from P7, the Mexican made brilliant moves making ideal use of DRS and took the last ‘medal’ home. Mclaren’s Daniel Ricciardo also drove well for most duration of the race, and made a brilliant late braking move on Magnussen in classic Ricciardo fashion. Starting from P3, Lando Norris lost out while battling Perez and Sainz, and the Brit will join his teammate on the 3rd row at the start of tomorrow’s race.

The 3rd team of the ‘Big three’ – Mercedes – couldn’t improve on yesterday’s qualifying result. Both the drivers initially lost out on places, and while Russel could climb back up to his initial starting position in 11th, Hamilton could only finish 14th, one place lower than his start. Alonso struggled at the start too, getting a poor getaway. The Spaniard defended nicely against the other Spaniard on the grid – Sainz – but lost out the place and finished 9th, outside the points. After a late move on Magnussen, Bottas finished in P7, and the Dane picked up the last point in P8. 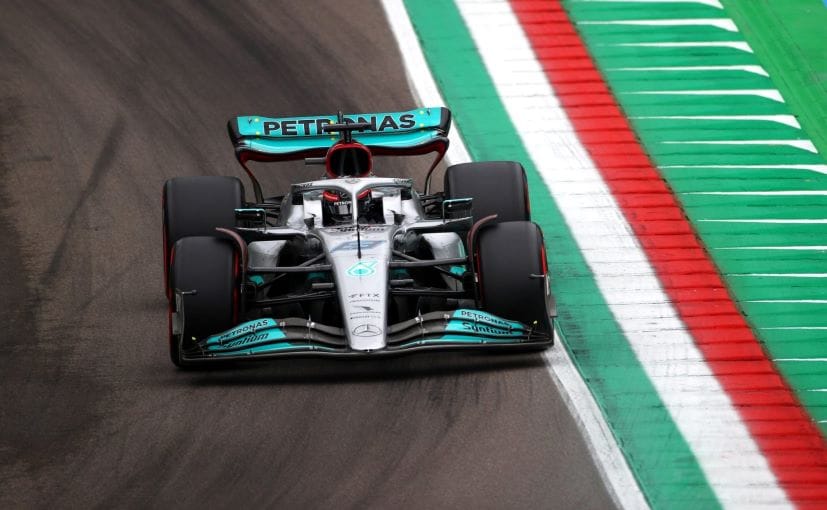 Russel managed to retain P11 for the start of tomorrow’s race.