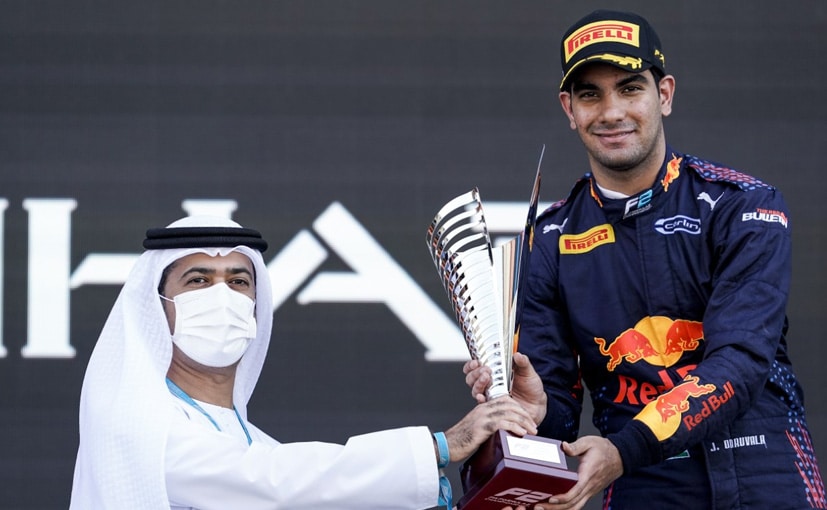 Jehan Daruvala dominated the race right from the opening lap as he started on pole position, while championship leader Oscar Piastri went on to claim the 2021 F2 world title.

India’s Formula 2 racer Jehan Daruvala kicked off the weekend on a high as he won the feature race in the Abu Dhabi Grand Prix at the Yas Marina circuit. This is the Carlin driver’s second victory and fifth podium finish of the season. The driver made the most out of his start on pole position and made sure to maintain his pace and momentum to secure the win. Meanwhile, Oscar Piastri finished third in the race and has been crowned the 2021 Formula 1 champion.

Jehan was off to a flying start as the lights turned green on the Yas Marina circuit. The driver secure the lead as he leapt forward on Turn 1, while Dan Ticktum dropped down to P4, whereas the third starting Felipe Drugovich moved up to P2. Drugovich began building pressure on Jehan for the top spot and attempted to pass the Red Bull Racing Junior driver twice on the first lap. But the Indian defended his position well. 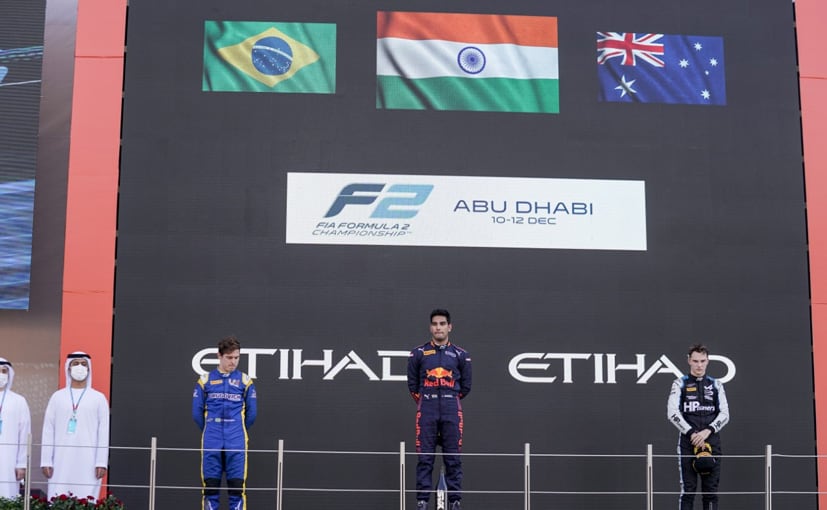 Drugovich attempted once again at the halfway mark of the race and lunged down the inside of Jehan. It seemed the Brazilian would have his way this time but Jehan wasn’t the one to back out and held on to the lead till the chequered flag. It did seem the driver had pushed the car and tyres too hard at one point early in the race. The driver was absorbing immense pressure from the constant attacks but worked well towards preserving his tyre life through the race. The Indian racer established a comfortable lead of 2s over Drugovich as he dominated every lap right till the end.

The top ten drivers in this race will be reversed for the start of the sprint race tomorrow, which will see Jehan starting at P10.

“After struggling in the early part of the weekend, it is fantastic to win here. I was under a lot of pressure in the first few laps as well as later on. But I remained confident and really enjoyed the racing. It’s a good result for the team, so thank you to everyone who has worked hard to make this happen. Starting tenth in the next race is going to be tough, but I will do my best,” said Jehan after his third win in Formula 2 races in two years.