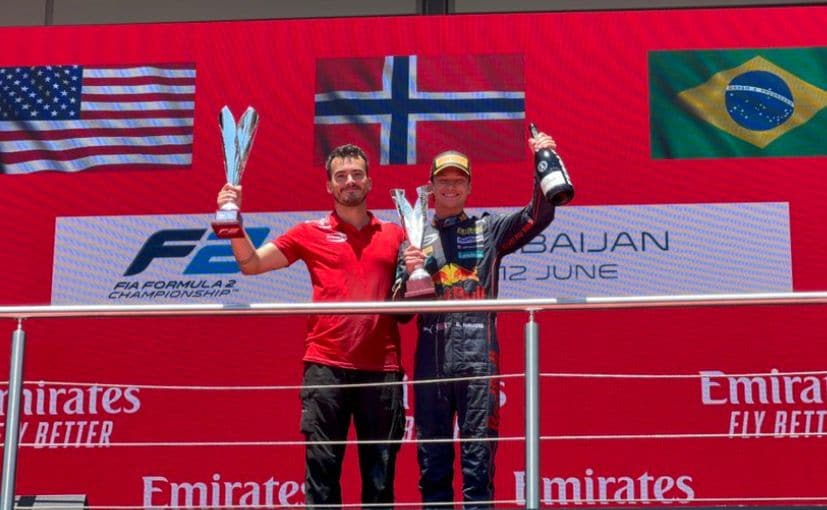 Juri Vips’ mistake turned into Dennis Hauger’s gain, as the Prema Racing driver grabbed his second F2 victory in as many rounds.

In a dramatic finish to Formula 2 Azerbaijan GP, Dennis Hauger seized a feature race victory at the Baku circuit on Sunday as Juri Vips suffered an untimely crash within the final laps. Vips’ feature race misfortune continued as he planted himself in the barriers at the castle section that ended his race early, after dominating the grid from the front since lights went out. Vips’ mistake turned into Hauger’s gain, as the Prema driver grabbed his second F2 victory in as many rounds. Logan Sargeant climbed his way up from P7 to P2, but it’s Felipe Drugovich extending his championship lead further with a third-place finish. Indian racer, Jehan Daruvala took fourth place while Richard Verschoor secured fifth after the disappointment of missing out on a podium in the sprint race. 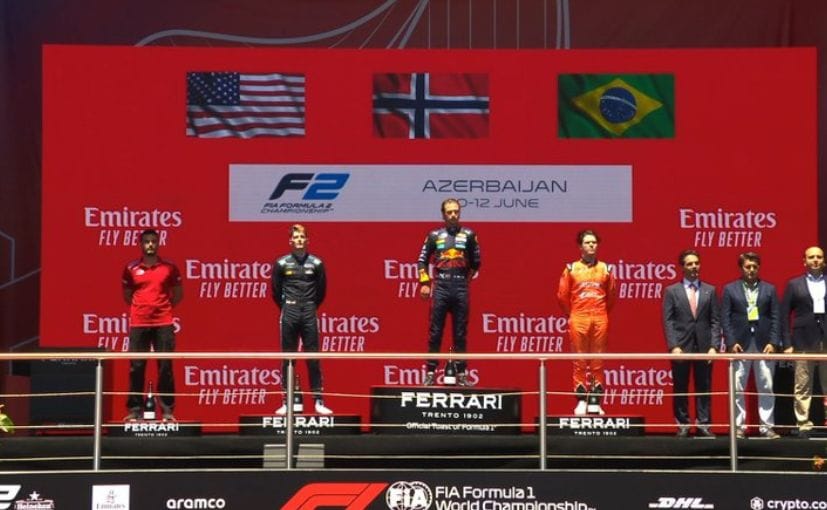 Thereafter, the race ended under the safety car with the Prema rookie claiming his first feature race win having taken his first sprint victory in Monaco. This was also the best result for Sargeant, while championship leader Drugovich extends his lead to 132 points after following back several positions, ending on P8 at one of the times followed by Théo Pourchaire of Art Grand Prix at 83 points. But the race started off with a safety car as Amaury Cordeel and Olli Caldwell crashed at turn 4, with a further investigation pending. Pitstops got busy soon after in lap 8 as Daruvala was the first to enter followed by Lawson, Hauger and Trident’s Richard Verschoor pitted the following lap.

The race was again slowed down on lap 13, as the safety car was deployed due to contact between Cem Bolukbasi and Roy Nissany at turn 2. Lap 15 saw the race restart with Vips at the front. Within minutes, several incidents on the main straight forced a virtual safety car with Pourchaire and Ayumu Iwasa both suffered front wing damage in separate incidents.

Indian racer Daruvala had a delightful weekend, with a podium finish yesterday and a fourth-place finish in the feature race, gaining strong points for Prema Racing.