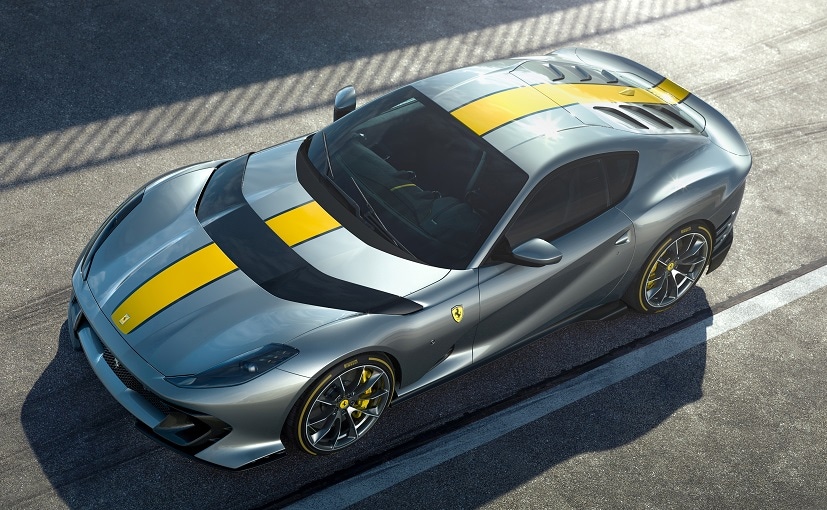 The European Union last month proposed an effective ban on the sale of new petrol and diesel cars from 2035 as part of its measures to combat global warming, posing a challenge to automakers that have made powerful engines a key selling point.

Ferrari has pledged to launch its first all-electric car in 2025.

Ferrari, the sports car maker synonymous with roaring petrol engines, welcomes the shift to electric powertrains and is confident of retaining its lead in the market for high performance cars, its chairman said on Monday.

The European Union last month proposed an effective ban on the sale of new petrol and diesel cars from 2035 as part of its measures to combat global warming, posing a challenge to automakers that have made powerful engines a key selling point.

But Ferrari Chairman and acting CEO John Elkann told analysts on Monday the company known for its ‘Prancing Horse’ logo saw the change in technology as an opportunity.

“We see the regulation as welcome,” Elkann said, as Ferrari stuck to its main 2021 targets after reporting second-quarter core profits just ahead of expectations.

“The opportunity set by electrification, electronics and other technologies that are coming available will allow us to make even more distinct and unique products,” he said.

One of Vigna’s tasks could be to forge new partnerships, along the lines of Ferrari’s existing tie up with Britain’s Yasa, now part of Daimler, to help with the shift to an electric era, Elkann said.

“We believe that within the industry and more importantly, outside of our industry, we are going to benefit much from partnerships and joint programmes,” he said.

Ferrari has pledged to launch its first all-electric car in 2025.

On Monday, the company reported a tripling in adjusted core earnings (EBITDA) for the second quarter to 386 million euros ($458 million) as shipments recovered from pandemic-hit trading in the same period last year. That was just ahead of analysts’ mean forecast of 373 million euros.

Ferrari increased its industrial free cash flow guidance for this year to around 450 million euros from around 350 million, but left forecasts for net revenues and adjusted core earnings (EBITDA) unchanged.

Its Milan-listed shares fell as much as 3.45% after the results. They closed down 1.9%.

Citi analysts said the unchanged earnings guidance, despite strong second-quarter results, raised concerns that margins were expected to come under pressure in the second half.